Minor charged for murder of Belencio 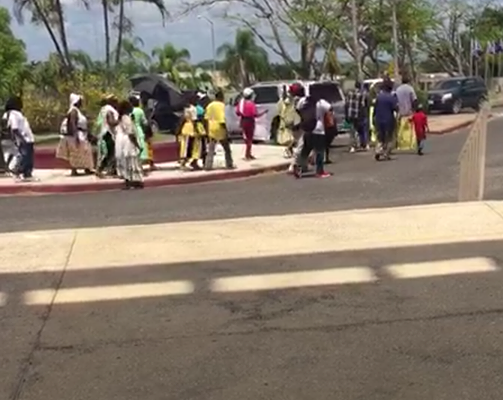 I have never been to Barranco Village but my late Great Grandmother by the name of Simeona Arana was born, grew up and lived there before she came to live in Dangriga. In the year 2000 I also had the opportunity to speak with the late Frank Arana who was an Agricultural Officer there in the 1950’s and he was critical about the village’s future. He said; “That the village of Barranco was worse off then compared to the time when he was stationed there”. I asked him to elaborate on his statement and he mentioned the migration of Barranco people from their village, the failure for some of them to return and invest in the village’s future, the lack of economic opportunities, the encroachment of their lands by neighboring villagers and others and no current plans to improve the infrastructure of the village.

Other problems that have emerged when I have a conversation with other Garifuna people who are familiar with the village are; the new Maya villages that are emerging in the area, the oil exploration, the condition of the roads and dust pollution. Since there are not much Garifuna people living in the village of Barranco, the only way we can save our village, is for the National Garifuna Council along with other Garifuna organizations and the Garinagu people to all come together now and address the current situation of not only Barranco but all the Garifuna communities in Belize.

The issues that we need to address are; land ownership, land title, Land subdivision to Garifuna people and land use. Two years ago I wrote an article about how the villages of Hopkins, Seine Bight and Georgetown were becoming landlocked by other villages that are being occupied by other ethnic groups but mostly Maya and Mestizos from Guatemala and El Salvador.

Since then it has gotten so bad, that the Garifuna people are losing their lands and nothing is being done about it by us. The Garifuna people are also indigenous people like the Mayas as per Proclamations made by the United Nations and ILO-169. Due to these rights, Proclamations and agreements that have been acknowledged by the United Nations, the  Belize Supreme Court and the Caribbean Court of Justice, all we have to do is to retain an Attorney and go to court so that the Government of Belize can respect our rights to our lands.

Then we can setup a Commission comprising of Garifuna people from all the Garifuna communities in Belize, to monitor and enforce the rules that we will make to administrate our lands. Governments have no control over indigenous people’s lands as was made clear by the courts in the Maya case ruling. The Belize Government along with the governments in the other countries where we live, signed the treaty acknowledging our rights to our lands. We must blame ourselves for this situation because we have not asserted our rights to our lands like the Maya people did.

After years of being pushed around by the PUP and UDP governments, the Maya people got tired of political promises that never came to reality and enforcements so they took the government to court. Now, the government must respect their rights. If not they will go back to court to ask the Judge for a judgment for damages done to them. If we do not come together and act now, then tomorrow it will be Hopkins, then Seine Bight, Georgetown, Dangriga and Punta Gorda. What is the sense of complaining and reacting when we do not have a Plan of Action? The Government will only brush us off. Coming together with all of our people like the Mayas, is the most effective way to let our government know that we are serious to own, administrate and preserve our lands.