Amandala claims it was banned from covering arrival of Taiwanese President 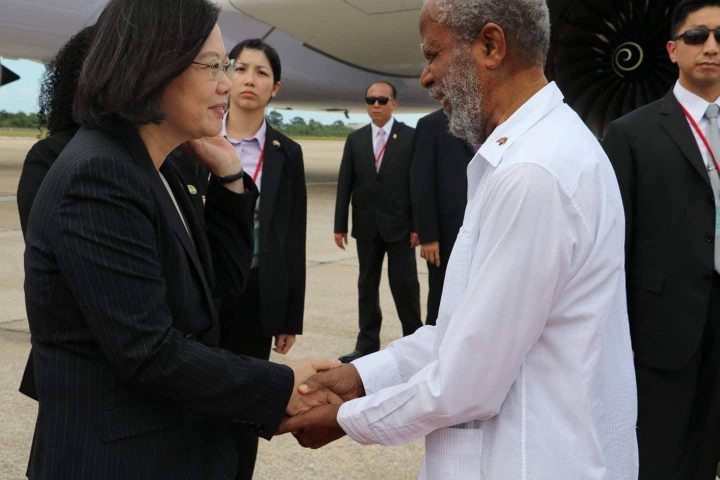 By BBN Staff: The Amandala Newspaper, in its latest issue, claims it was banned from covering the arrival of the Taiwanese President by the Director of the government’s Press Office, Dorian Pakeman.

According to the Amandala, when Taiwanese President Dr. Tsai Ing-Wen arrived at the Philip Goldson International Airport on Thursday, their reporter Rowland Parks, was prevented from going on the tarmac to cover the arrival ceremony. Amandala says Parks was told by airport security that his name was not on the list, and was prevented from going any further.

“We believe that the situation could have been remedied easily by the application of a little common sense. No one, however, wanted to exercise a little of that, common sense, that is, and a little respect for the nation’s leading newspaper for at least the last 30 years,” the newspaper said.

The newspaper says Parks made a call to Pakeman, who told him there was nothing he could do because the plane had already landed and he had gotten the information too late. Pakeman reportedly told Parks that he was with the rest of the media covering the arrival and could not leave his post.

Amandala further claims that its editor, Russel Vellos, was at the airport at the time on a private matter but called Pakeman, reminding him that Parks was a senior journalist, but Pakeman said he was not there and could do nothing to help.

Vellos insisted that Pakeman could make a simple phone call to his subordinates to resolve the matter, however, Pakeman maintained that he could not help. According to Amandala, Pakeman later hung up the phone after “being berated by the editor for his apparent stupidity.”

It claims Pakeman later told Parks that airport security was in charge, however, Amandala says it spoke with Chief Security for the Belize Airport Concession Company, Glenford Reid, who told them the list was prepared by the Government Press Office.

“Amandala regrets that therefore, we could not cover the arrival at the Philip Goldson International Airport of Belize’s friend, courtesy of an over-zealous minion of Prime Minister Dean Barrow, Government Press Office Director, Dorian Pakeman, who took the boycott of Barrow’s government against Amandala “to the max” in denying the nation’s leading newspaper the opportunity to cover the arrival of the president of the Republic of China (Taiwan), H.E. Tsai Ing-Wen,” the newspaper said.