Supporting Our Fellow Sisters While Taking Accountability For Your Actions 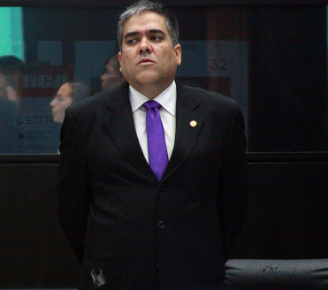 By BBN Staff: Venezuela’s new ambassador to Belize H.E. Gerardo Argote has declared publicly that despite external pressures on his country, Venezuela is not holding any new elections any time soon.

Argote, who arrived in Belize about two weeks ago, said that the country maintains its position that President Nicholas Maduro is the
duly elected president of the Bolivarian Republic of Venezuela, and he will continue to act in that capacity.

He stressed that the country will not change its president simply because countries within the international community have a problem
with Maduro. Argote said that doing so would violate Venezuela’s sovereignty and go against the will of the millions of people that
elected Maduro.

“Because if six million people elected president Maduro in a previous election, with all the supervision, with all the international
observers, why should we have another election?” he questioned.

Argote also said that the government does not recognize Juan Guaidó as president, and noted that the Constitution of Venezuela does not make any provisions for an acting president.

“You’re either president or you’re not,” he said.

Guaidó enjoys the support of the United States and the European Union as being Venezuela’s interim president, however, other countries have come forward in favor of Venezuela’s right to determine their own
government.