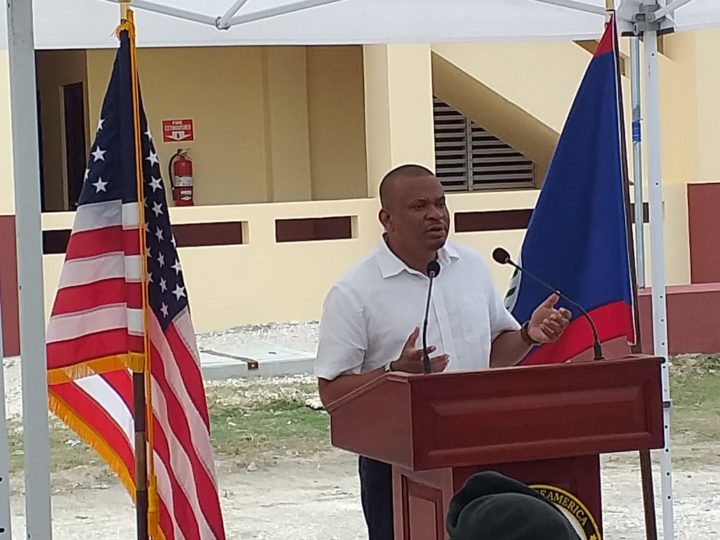 By BBN Staff: Deputy Prime Minister Patrick Faber said today that the People’s United Party (PUP) is within its rights to hold rallies calling for a no vote at the upcoming referendum.

Speaking on the May 8 referendum, Faber said that the issue extends beyond party lines, however, the United Democratic Party (UDP) will be mobilizing its political machinery to secure a vote in line with the party’s position.

Faber said that the UDP, as the PUP, has taken a position and that political parties cannot be faulted for doing what they need to do get the result that they think is right.

“We’re all Belizens and, in fact political parties, however big or small they are,  claim to be looking out for the best interest of the people. And they have a right to influence the situation as much as possible to try and get that outcome that they believe is right for Belize,” Faber said.

He reiterated that the UDP’s position is a unanimous “yes” within the party ranks, unlike the PUP which has seen a very public splintering between its members in terms of yes and no sentiments.

Earlier this week the PUP announced that it would be holding a series of rallies leading up to the Referendum, encouraging its supporters to vote “No.”

PUP Party Leader John Briceño, has declared publicly that his personal position is a “Yes” in taking the Guatemalan claim to the International Court of Justice (ICJ); however, he is listening to the will of his party, which seems to have a majority “No” sentiment.

Notably, the PUP did the majority of the negotiations for the Special Agreement that gave way to the referendum and taking the claim to the ICJ.