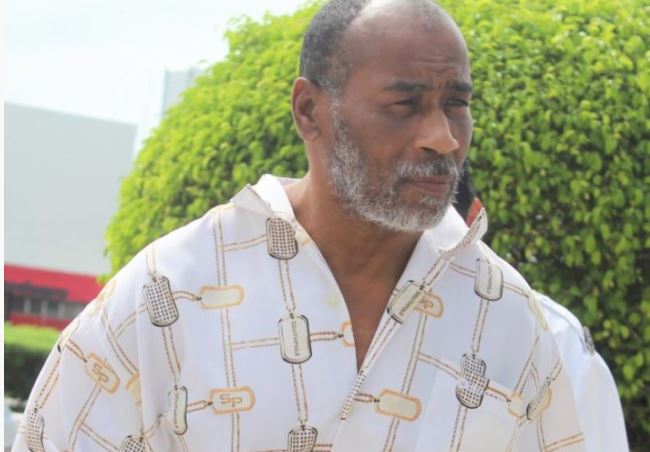 By Aaron Humes: Already serving five years for grievous harm, 52-year-old Luis Gordon is soon expecting to get out of jail after being handed a concurrent sentence for ‘use of deadly means of harm with intent to cause grievous harm’.

Gordon was initially charged with the attempted murder of his brother-in-law, Roberto Gilharry, on September 3, 2013 after a chopping incident at their family home on Amara Avenue.

Gordon was convicted on August 25, 2014 in the Magistrate’s Court, but the heavier charge, initially attempted murder, was tried in the Supreme Court before Justice Collin Williams.

Gordon elected to plead guilty to the lighter charge and was spared.

Of his seven-year sentence, Justice Williams deducted a third (or 28 months) for the guilty plea. He told the accused that he took into consideration the aggravating and mitigating factors; the fact that the incident arose from the same incident back in 2014; and the virtual complainant is the same person from his first conviction.

The remaining four years, eight months, would be rounded up to five years and run concurrently with the sentence he is serving, essentially allowing him to leave prison in another two months.

Gilharry testified he was attacked by Gordon with a shovel, hit in the head until the shovel broke, then assaulted with a piece of stick and chopped with a machete to his shoulder.