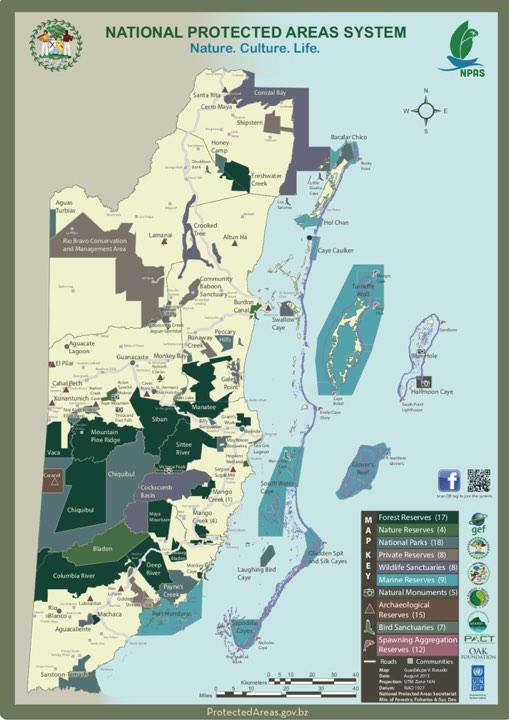 Belize is a small developing country nestled on the Caribbean coast of Central America, immediately south of the Mexican Riviera Maya and north of the Guatemalan and Honduran Atlantic ‘Bay of Amatique’.

While awareness of Belize has grown in the world over the past 30 years, mostly due to its tourist attractions, its uniqueness is not well known nor valued…and developing on this uniqueness could be central to its economic development and the role it plays in regional dynamics.

Here are some of the reasons why Belize is unique:

Belize is a melting pot of many peoples from all over the globe…indigenous Maya joined by afro-carib Garifuna, European, North American, Mexican and Central American mestizos, Middle Eastern, Hindu, Chinese, germanic Mennonites, Caribbean peoples, among others. This is especially obvious when entering Belize from Mexico, Guatemala or Caribbean countries, where the genetic pool is much less diverse.

Belize is relatively quiet and peaceful, and has welcomed peace-seekers from the civil wars of Mexico, Nicaragua, El Salvador, Honduras and Guatemala…and from as far away as Palestine and Lebanon.

There is no obvious strategy to develop on this genetic diversity…but in the meantime, the relatively small population of around 400,000 seem to be getting along just fine…with the most popular compliment by visitors being that “the people smile and are very friendly”.

Settled by the British since 1716, British Honduras (as Belize was known until 1971) became a crown colony in 1862….and since, then English has been the official language. A local Belize Creole language (broken English) is used throughout Belize and is preferred in day to day communications between the local people. With large amounts of immigrants from Central America attracted to Belize’s higher standard of living, racial balance has shifted from mostly coloured to mostly hispanics since the turn of the century, and with compulsory Spanish education in schools an estimated 60% of the population is at minimum bi-lingual.

There is no obvious state strategy to develop on this anglophone and multi-racial, multi-lingual reality. There is a mimimalist ESL (english as a second language) school in the University of Belize, and a couple small call-center operations…but not much to run home and tell mommy about.

The Belize dollar has been pegged at 2:1 with the US dollar since the early 1970’s and still has the face of Queen Elizabeth II, as does the Canadian currency.

The entire 175-mile Caribbean coastline of Belize is naturally marked by the Great Belize Barrier Reef….the second largest reef in the world, next to that of our sister Commonwealth country, Australia.

This reef system created over 500 islands and other marine structures…including the famous World Heritage site Belize Blue Hole, which is high on the bucket list of divers worldwide, and recently explored by Richard Branson and Fabian Cousteau.

Large areas of the reef system are designated national parks or Protected Areas…and thus far, Belizeans have vociferously objected to offshore oil exploration, although there are high expectations for large oil reserves in the southern areas.

The reef system thus serves mostly a tourism development purpose, including a rapidly growing sport fishing enthusiasm…and there is a small fisheries industry based on fish, lobster and conch harvesting for export and domestic consumption…no deep-sea fishing.

If you bulldoze anywhere in Belize, you will find Mayan pottery, arrow-heads, jewelery and even bones…and there are important Mayan temples across Belize, such as Caracol, Xunantunich, Altun Ha, Lamanai, Cahal Pech, Lubantun, among others. The extensive cave systems in the country have lots of evidence of use by the Maya.

Yucatec, Mopan and Ketchi Maya are the three main groups of Maya that still exist today, each with their own dialects of Maya, their own dress designs, foods and variations in architecture…and phenotypic features.

While Belize has developed some local archeological and anthropological knowledge, used mostly by tour guides, it has not touched the tip of the iceberg when it comes to developing this advanced civilization for benefit to todays world.

There is no shortage of fresh water supply…which is used by the communities, for argiculture and one river is used to generate hydro-electricity.

A little less than half of the land and marine areas are designated as Protected Areas…where pure conservation is mostly the order of the day.

The sustainable development of some of these areas is a growing theme, however it is moving rather slowly.

The genetic stock of these protected areas is only little researched, documented, understood and developed. The underground potential for mining is also only generally informed.

Much of these protected areas are under co-management between government and poorly funded NGO’s.