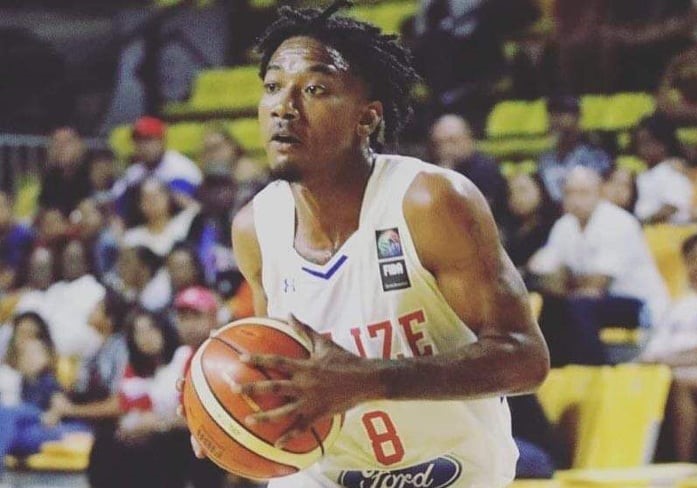 By Aaron Humes: Smart Belize Hurricanes and Belize National Team point guard Glency “Coope” Lopez is off to Midland, Texas, on a scholarship to Midland College.

Midland is a two-time National Junior College Athletic Association (NJCAA) champion in ten appearances and has hosted not only National Team coach Milton Palacio, but also past and present NBA stars such as Spud Webb, Mookie Blaylock, and Jonathan Simmons.

The Federation says Milt was instrumental in facilitating Coope’s recruitment by Midland and he continues to seek out similar opportunities for our other young and upcoming players.

Lopez is already considered a star at home, playing for NEBL sub-champions Hurricanes and Sadie Vernon High School and medalist at Central American and regional levels with the national side.

The Federation says Lopez, born and raised in southside Belize City, is “A modest but fearless warrior who stands a few inches taller due to the size of his heart, [he] comes from humble beginnings. We know that he will make the most of this opportunity for himself, his family and for Belize…we anticipate great achievements from our young star.”

The BBF expresses gratitude to Coach Milt Palacio, Coach Patrick Rafferty from Midland College, Coach Matthew Smiling, Jay Jex, Mayor Bernard Wagner and the Belize City Council, and VIP Wireless who have all contributed to making this possible for Coope.