Elections and Boundaries reminds public of rules for registering electors 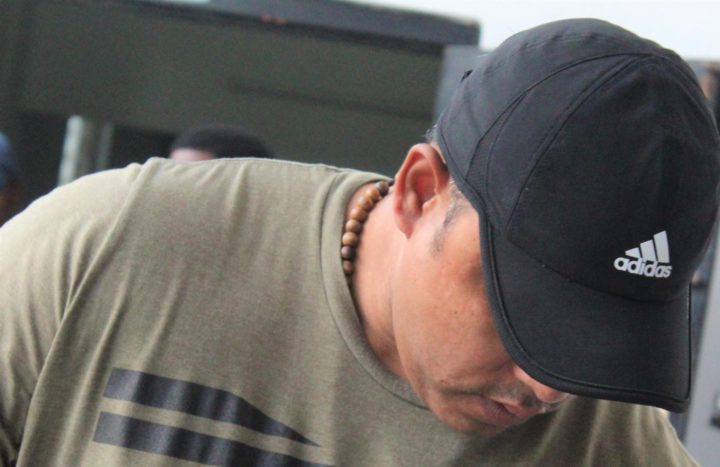 By Aaron Humes: Police Corporal Kent Martinez, accused of manslaughter in the fatal shooting of teacher Allyson Major Junior in July, re-appeared in court this morning for a brief adjournment.

Major was shot in broad daylight by pursuing police near the Swing Bridge, having been suspected of carrying marijuana.

Presiding Magistrate Stephanie Gillett addressed Martinez on his plans to travel abroad for medical attention, for which he must seek the court’s permission as part of his conditions for bail.

Major’s relatives who were present at court told us that in their view, he is a flight risk and they fear he may not return to face the charges against him.

But according to Martinez, prior to the incident, he had been seeking medical assistance outside of Belize and as a serving member of the Belize Police Department for 17 years, he feels restricted and striped of his movements as he wants to go to the nearby border, Chetumal to visit the doctor.

Martinez wanted access to his passport which the court is holding, but Magistrate Gillett told him he must submit documents to the court for the record as to where he wants to travel, and have those documents attached to the letter for the record – for example, letters from his doctor stating his medical condition, etc., because as the Magistrate she must give account of everything that happens in her court.

The accused must write to the Clerk of Court before his next appearance for the application to be heard.

The case is adjourned for next Monday, October 7. The court prosecutor was told that since the man he was substituting for is not available, disclosure which should have been presented by today must be ready for next week as the matter is indictable and to be tried in the Supreme Court.