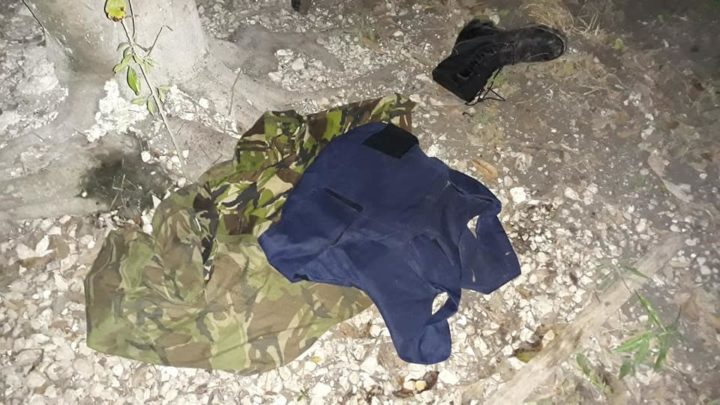 By BBN Staff: Last night BBN broke the story of an armed robbery in Guinea Grass village, in which three armed men dressed in camouflage fatigues held up Zhen Zhen store just after 7:00.

In returning fire, police shot one of the culprits in the foot and as authorities took the men into custody, a mob of angry villages proceeded to attack the suspects dishing out immediate justice. Police have recovered little over $2,000 along with a .9mm pistol and 14 live rounds of ammunition. The two men who were caught, both reportedly from Belize city, remain in police custody while authorities seek the third man who escaped.