The Queen: ‘Small steps can make a difference’ 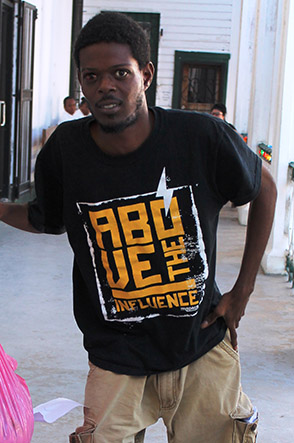 By Aaron Humes: Leroy Haulze, 23, a food vendor of Gaulin Street, Ladyville, Belize District, was charged with the murder of Jose Hilario Diaz, 53 when he appeared yesterday before the Chief Magistrate, Sharon Fraser. She explained to him that she will not take a plea because the offense is indictable. She also told him that she cannot offer him bail because of the nature of the offense.

Initially, Haulze was charged with conspiracy to commit murder. But that charge was withdrawn yesterday by the Crown. Haulze was shot in his left leg by the police when he was apprehended.

Diaz, a clothes vendor, was shot and killed about 5:30 p.m. on July 17, 2019. He was inside his business establishment, New U Shop, located at the corner of Cemetery Road and Mosul Street when his assailant walked up to him and shot him in the face. On July 30, Emerson Garnett, 28, a resident of Freetown Road, was charged with Diaz’s murder.