MSN: “Belize should be on your 2020 travel bucket list”

Animal cruelty in Belize: The Problem 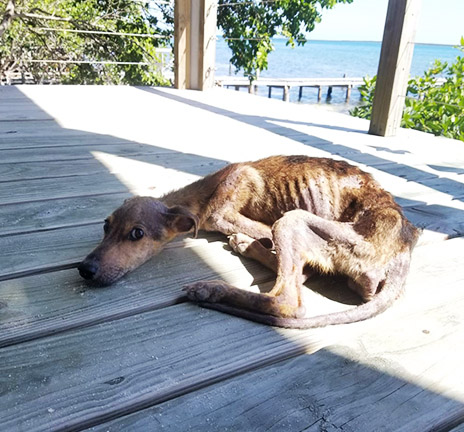 By BBN Staff: Whether they are kept indoors and treated like family, or tied outside to watch over the yard, many people all over the country have pets. Unfortunately, many pet owners, either from lack of empathy or ignorance to the animal protection laws in Belize, keep their pets in abusive, inhumane conditions.

Breaking Belize News (BBN) spoke with members of the United Humane Society, an alliance of humane societies countrywide to find out how the problem is being handled across the country. While each district had some unique challenges, there were several recurring types of abuse spanning countrywide, as well as widespread ignorance of the protections that are in place for domestic animals in Belize currently.

Renee Wentz of the Belize City Humane Society explained that abandonment of dogs and cats is one of the most prevalent types of pet abuse in the city and the greater Belize District. Wentz notes that there have been reports of dogs being abandoned near the Haulover Bridge, while others have seen a vehicle on the George Price Highway pull over and throw a dog out on the side of the road. There was even an instance in which someone left a cat carrier with a mother cat and three newborn kittens outside of Divine Mercy Church with a note that said: “Please take care of them.”

“Also, allowing their animals to breed uncontrollably is a form of animal cruelty because what happens is that even if they don’t toss the mother, they toss the puppies. Often times pregnant dogs are thrown out into the street,” Wentz said.

Shauna Morelli of the of the Cayo Animal Welfare Society (CAWS), agreed with Wentz, saying that one of the major things people in Belize can do to reduce animal cruelty is to spay or neuter their dogs and cats as it decreases the population of unwanted animals that will be subject to abuse or abandonment.

“Cats can start having kittens at four-months-old and they can have litters three times a year. Dogs can go into heat at 6-months. One dog over 7 years and her direct descendants can produce tens of thousands of little ones that nobody wants,” Morelli said.

She added that there have been disturbing reports coming out of Cayo that drivers have been intentionally running over stray dogs and cats with their vehicles.  Dogfighting has also been cited as a prevalent form of abuse and is also linked to increasing incidents of dog theft in the area. Morelli added that dogs are being stolen from their yards and either being used to fight or used as bait animals to train other dogs to fight.

Dogs used as bait animals are often killed in that practice and the ones fortunate enough to survive are left traumatized. She noted that dogfighting is an issue that the humane societies work on in collaboration with the police because of reports that dogfighting is closely linked to activities by criminal gangs.

Melanie Welcher of the Placencia Humane Society said that dogfighting was a problem even in the south. Another prevalent issue is that many people do not respect leash laws and often walk their animals without any restraints, running the risk of their dogs biting people or harming other dogs.

To address these and other pertinent issues regarding pet abuse in the country, the humane societies banned together to take a look at the two pieces of legislation that govern the treatment of domestic animals, the Animal Cruelty Act Chapter 115 Laws of Belize, Dogs Act Chapter 153.

They noted that both laws were decades old and are in desperate need of revision and updating. After several meetings in 2019, the humane societies identified several areas in the laws that are no longer applicable to the Belizean reality and many others that needed either further elaboration or minor tweaks to make them effective.