PM Barrow: ‘Any Cabinet minister who took money from Dermen will be fired’ 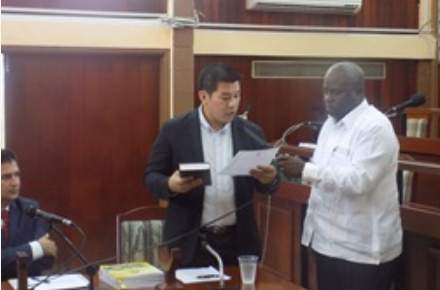 By BBN Staff: Former Belize City Deputy Mayor Eric Chang made local headlines when he refused to at first instance to testify before the Senate Special Select Committee back in 2017; however, Chang has even more problems stemming from the same Auditor General’s Report that he did not want to testify about because his name appears in there.

This did not stop Chang from serving as a city councilor under Mayor Darrel Bradley. Chang was one of only two witnesses that refused to testify before the committee and had to be summoned, the other was former Finance Comptroller at the Belize City Council Patrick Tillett. They eventually gave their testimonies in March of 2017 and professed that they had nothing to do with the Citizen Kim incident, which saw a Koren national receiving Belizean nationality papers while in a
Taiwanese detention facility.