Belize listed on Top 5 birding destinations in the world 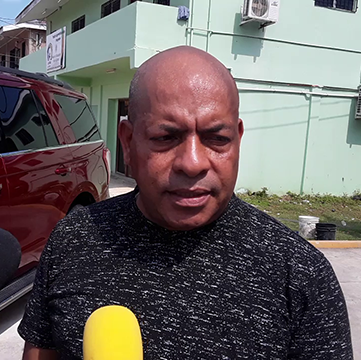 By Aaron Humes: The National Party Council of the United Democratic Party called its last regularly scheduled meeting ahead of next Sunday’s national convention at the Civic Center in Belize City, to address plans for that grand event.

Outgoing party chairman Alberto August, speaking for the party’s grandees, told reporters afterwards that it was a “show of the unity and strength of the party,” and there is no thought of postponing the convention in light of the recent revelations coming from the United States.

But he acknowledged that this is the party’s first convention fully held in the age of social media, and so following some incendiary incidents this week instigated by the likes of standard-bearer Shyne Barrow, there is a warning to keep internal issues out of the wider public, August told us.

“This is one of those first times that our party is going into a convention for the election of the maximum leader of the party. That person, we the party is going to work to ensure that person becomes the next Prime Minister of this country, so it is a senior position. When we had other activities within our party in terms of elections, social media was absent; this is the advent of social media. So when that flared up, we automatically, we immediately jumped up and arrested that matter. Whatever has happened on there, you cannot unring the bell; and we’ll not even seek to unring the bell, but moving forward you are going to see the unity of the party.”

And he added that party members were informed of the internal process for complaint between members, in which the complaint is taken by the Central Executive Committee and forwarded to the Ethics Committee.

“While there are those allegations out there, the work of our party must continue. We do not delay our processes, my friend, for anyone, because while we are delaying things might be happening, and we need to move our party forward. Like I said, that meeting here today [is] a first step, to show that when our people come together – we know, we expected you guys to be out here, expecting fireworks, it will not happen under a United Democratic Party,” August asserted.

August said that he as Chairman sets the tone for the meeting and there was no need for the Prime Minister, according to reports, to calm his fellows down.

Such a big event – the “supreme authority” as August reminds – is planned for some time, and the Central Executive Committee of the party reported to the larger NPC about the plans for next week.

The central piece of the convention is the election of a new party leader, two deputy leaders and vice-chairman (Senator Michael Peyrefitte is unopposed as chairman, where he succeeds August who is running for vice-chairman.)

There are a total of 570 delegates – the majority are 496 representing all 31 constituencies, plus an additional three, one each for Queen’s Square, Port Loyola and Mesopotamia, whose area representatives are not running for office again.

Also eligible are the 21 members of the Central Executive Committee; the party’s six Senators; and 41 elected municipal officers (those of Belmopan, San Ignacio/Santa Elena, Benque Viejo, Punta Gorda and six from Dangriga). Also voting is Speaker of the House of Representatives Laura Longsworth and the representatives from affiliate organizations the Youth Popular Front (YPF) and National Organization for Women (NOW).

August dismissed reports that the campaign has not been conducted fairly as the party supposedly made it difficult to provide the electoral delegate list has not been transferred to certain candidates.

He stated that the party made the list available from January 4th, after the December 31st deadline to submit the list of names.

John Saldivar, who has not faced the media since November, refused another interview except to say he would speak after February 9. His rival Patrick Faber says he is “ready, ready, ready” for next week and that “all will be well in the UDP,” but likewise limited further comment to after the convention.

The Convention begins at 10:00 a.m. and concludes with the announcement of winners in the evening.