Kent Gabourel, acclaimed football coach, no longer with the Football Federation of Belize 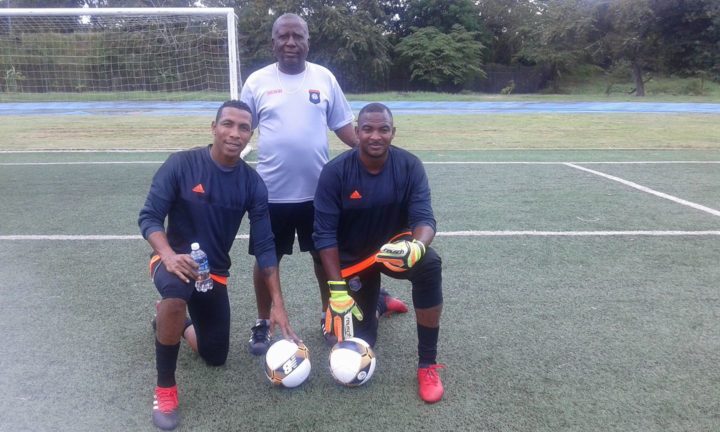 By Aaron Humes: Acclaimed football player and football coach, Kent Gabourel, is no longer working at the Football Federation of Belize. According to Gabourel, he has worked with the Federation for some 15 or so years and his contract is not being renewed. Prior to his release, Gabourel was goalkeeper coach and ground maintenance chief; his wife Christine ‘Jean’ Gabourel was a cook and cleaner on behalf of the National Football Team. Her contract with the FFB has also come to an end.

Gabourel told us in a separate interview this evening that he was called into the office on Thursday and handed a letter stating he would be let go. While he is receiving his gratuity for a five-year contract which is up this year, he says he is owed severance pay as well.

His wife, according to Chuc, has been offered a contract to open and operate a restaurant on the Federation complex in Belmopan; the Federation would buy food for players in training camp from this restaurant.

As for Kent Gabourel, Chuc said the Federation had decided not to renew his contract which was up this year but would pay him the full gratuity including 2 years for which he had not collected in 2016 and 2017, for a total value of over 10 thousand dollars.

Gabourel, however, says his records and other files amounting to 50 boxes were destroyed by fire a few months ago. (Chuc said he had seen Gabourel working for the Federation before he became President, but only confirmed there were no records to support this other than the 2015 contract).

Gabourel told BBN that he has served the FFB for over a decade and a half. He indicated that he will pursue the matter in court and has already spoken with an attorney.

Kent Gabourel is an acclaimed football player, having played on the 1990’s Acros/Verdes FC championship team. Gabourel has also served as the coach of the Belmopan Bandits FC and has led the Bandits to at least 10 championships rings.