UDP: Briceno a “hypocrite” and “quitter” 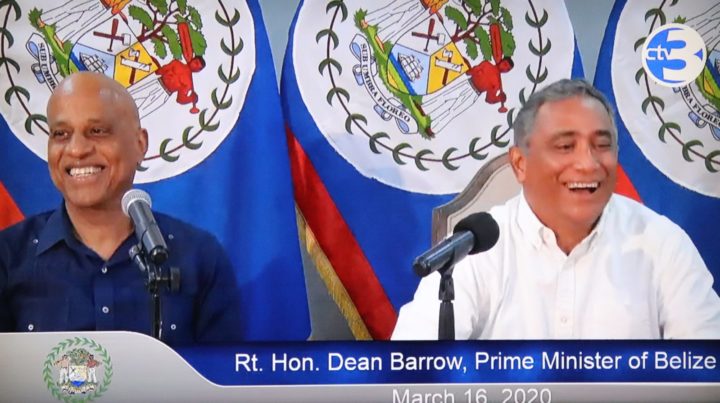 By Aaron Humes: The ruling United Democratic Party – not to be confused with the Government of Belize – has described Leader of the Opposition, Johnny Briceno’s statement on health issued today as “hypocrisy-laced” and “disappointing” but “no surprise.”

The Party reminds that as Briceno was co-chair of the National Covid-19 Oversight Committee with Prime Minister Dean Barrow from its formation in March to his departure three months later, it was hypocritical of him to claim that “there is little doubt that the Government misspent the last five months instead of preparing for a second wave we all knew was imminent.”

The UDP says the Committee’s work helped to limit the outbreak in Belize and “and (has) been heralded by objective international monitors.”

It attacks Briceno as “having no shame” and “neither fit nor ready to lead” Belize’s recovery.

With one eye on the coming General Election, the UDP contended that Briceno “quits when the job gets tough or uncomfortable…he quit as PUP leader months before the 2012 general elections. He abandoned the Movement to end the Guatemalan Dispute at the ICJ months before the referendum and abandoned the COVID-19 National Oversight Committee months into the pandemic. Johnny Brnceno will quit on Belize when the nation needs sober and steady leadership.”

And it warns Queen Street in conclusion that the pandemic is no political ploy and that this is not a time for politics.