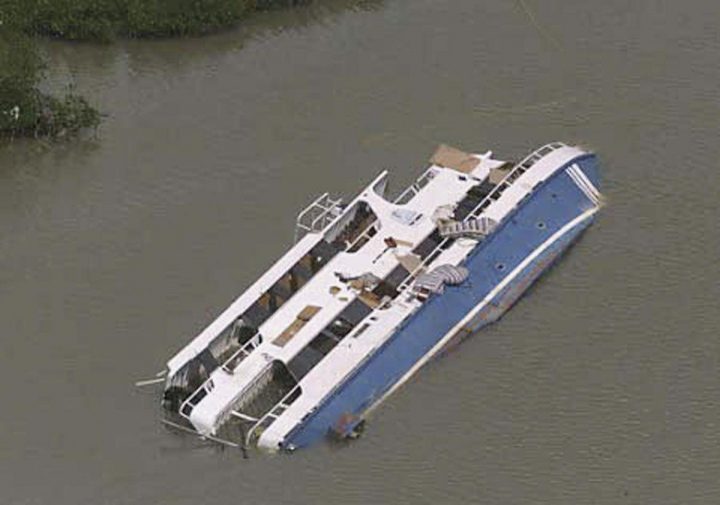 By BBN Staff: On October 8, 2001, 20 people on the boat Wave Dancer died when the boat sank during the Category 4 Hurricane Iris. The US media outlet NBC12 published an article today, in remembrance of the 17 passengers who were from Virginia.

Regarded as the worst maritime disaster in Belize’s history, the Wave Dancer incident saw the deaths of its captain who was also a US national, the passengers, and two Belizean crew members Eloisa Johnson and Brenda Wade. Reports say that the Wave Dancer moored in Big Creek seeking refuge from the storm. At the height of the hurricane, a storm surge came up the river and lifted the Wave Dancer onto the dock breaking it apart. The report went on to say that the boat then fell off the dock, upside down, in 12 feet of water.

Three passengers survived the sinking, along with one crew member who decided to leave the boat before it set out for Big Creek. The incident sparked a major controversy, as the surviving employee, Angela Luk, explained that the captain told the crew members they had to stay on the boat or they would lose their jobs.

When the official report of the incident came out, the now-former Director-General of International Merchant Marine Registry of Belize, Angelo Mouzouropoulos, gave an interview to Channel 5, explaining that the deaths of those people were entirely avoidable.

“It’s a combination of factors. Firstly, I think the boat stayed out too long. The boat should have actually come and landed its passengers a lot earlier and in that way, the situation which arose in Big Creek would be largely avoided,” Mouzouropoulos said.

The vessel, which carried scuba divers to the barrier reef and atolls on a weekly basis, was owned and operated by Peter Hughes Diving. The company settled out of court with the families of the deceased.