Commissioner of Police insists on adherence to regulations after murders

What happened at International Airport? 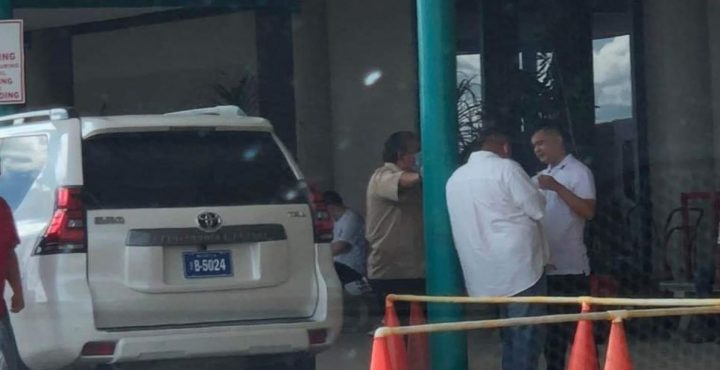 By Aaron Humes: Commissioner of Police Chester Williams says he may have to look into Minister of State Elodio Aragon’s visit to the Philip Goldson International Airport last Friday, captured in photographs.

Photographs we have seen show the former senior policeman with his driver and one other person that the Commissioner believes may be a Special Branch officer assigned to the Airport; he awaits a report from the Commander of that most secretive of branches.

As to protocol, the Commissioner said that as long as whoever comes in abides by established protocol – separate from arriving tourists – one can pick up returning relatives for example.

But generally, persons are not allowed beyond the security cordon, which Aragon appeared to be beyond, and his guests included some not wearing masks.

The group was seen loading boxes into a truck and according to the Opposition People’s United Party, they were later seen going to a hotel in Belize City and to a property in Placencia.

Aragon has not made any public statement on the matter. His colleague Minister Erwin Contreras was also seen at the Airport, but apparently on separate business.