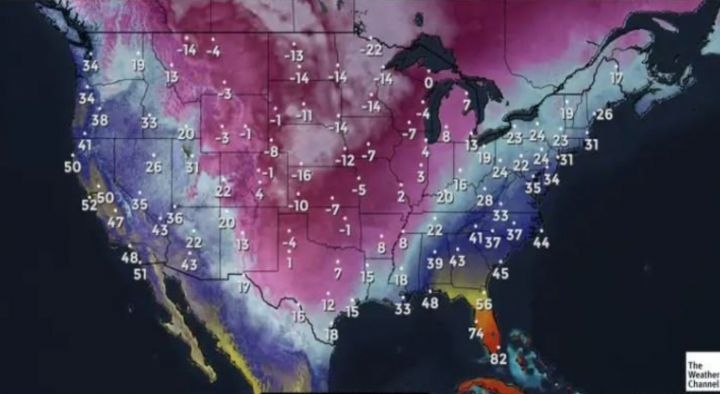 By BBN Staff: Reuters reports that President Joe Biden declared a state of emergency in Texas today, after a rare deep freeze in the southern United States and the northernmost part of Mexico has caused major blackouts leaving millions without power.

The state of emergency reportedly unlocked federal assistance to Texans, as the temperature plummeted to between 28 degrees Fahrenheit and minus eight degrees Fahrenheit, also affecting some parts of northern Mexico.

Texas Governor Greg Abbott Tweeted, “The Texas power grid has not been compromised. The ability of some companies that generate the power has been frozen.”

The inability to supply due to the inclement weather forced the state power grid to impose rotating blackouts, affecting some 4.7 million people. Power had reportedly been restored to at least half of those affected by this afternoon.

The National Weather Service attributed the inclement weather to an Arctic air mass that had spread southwards, affecting some areas that were not normally used to freezing weather. Winter storm warnings have been posted for most of the Gulf Coast region, Oklahoma and Missouri.