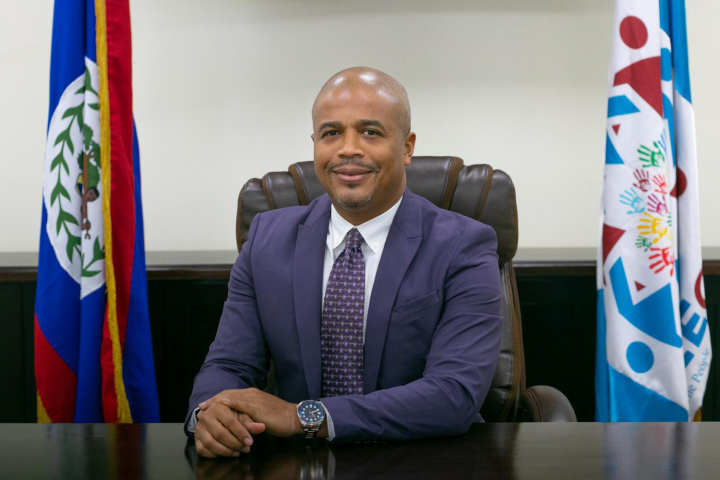 By Aaron Humes, Belize City: The Supreme Court of Belize has postponed hearing of the United Democratic Party’s challenge to Bernard Wagner’s candidacy in the municipal elections on Wednesday until April 19 at 11:30 a.m.

Elrington said he had left the documents with a receptionist at City Hall, but, pending Wednesday’s election results, Wagner is no longer Mayor of Belize City, having demitted office as required by law on the last Sunday of February (the 28th).

Guerra explained to reporters afterward: “Because the entire rules are predicated on an election having occurred, what it goes on to contemplate is that after an election, the person who is successful and all the candidates would have filed at the Registry an address for service or would have appointed an agent. That has not happened because an election has not occurred. What the petitioners tried to do is serve it on an individual who has not been properly appointed as an agent…”

In court (virtually), Smith and Guerra argued that an election needs to have been held in order for a petition, provided by the Representation of the People Act, to be brought, and claims by Elrington that the 2018 municipal election in which Wagner was first elected would also be contested were met with the insistence that it was far too late to petition the result of that election.

The UDP thinks that Wagner should be disqualified from running in the election because he lives in Los Lagos – which is outside City limits.

The Belize City Council Act says, expressly, “No person shall be eligible for election as a member of the Council (inter alia) who has not ordinarily resided in Belize City for at least one year immediately preceding the date of the election.”

Orson Elrington noted in an interview afterward: “There was an amendment in 2008 and I think that the law was complete and I think that the law is very clear that to be a candidate for the Belize City Council elections, you must have resided in Belize City for at least one year preceding the date of the election. So, for us, the legislation is very clear, the facts are very clear. But again, the court will decide. Ultimately, what arguments are presented by his attorneys and what arguments are presented by the Elections and Boundaries Department as to why they accepted his application, I cannot say, but those are the facts of which I know.”

Elrington added that they took up the case after hearing from someone else who was disqualified from participating in the municipal elections because of residency issues and that the law is specific, in this case, to Belize City.

Neither Wagner nor P.U.P. Secretary General Linsford Castillo offered any comment because the matter is still before the court.