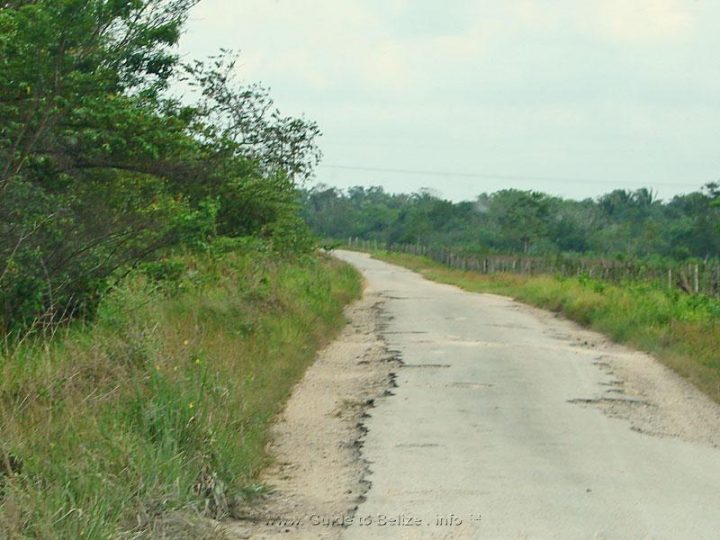 By Aaron Humes: It is one of Belize’s oldest and longest-serving roads, but residents of villages along the Old Northern Highway, also known as the Maskall Road, complain that it has been too long neglected.

Through activist Geovannie Brackett, residents have written to Minister of Infrastructure Development and Housing, Julius Espat, as well as area representative Marconi Leal and Minister of Tourism, Anthony Mahler, to ask that the remaining portion of the road from the Altun Ha junction to the junction with the modern Philip Goldson Highway at Carmelita, as well as the secondary road to Bomba, be paved and widened.

The first 12 miles from the junction with Sandhill to Altun Ha, had been paved in 2015 by then-area representative Edmond Castro, through Rodla Construction. Castro had said he would lobby to have the remainder paved as well (the road passes through his native Maskall), but it was never done.

The residents say the paving of the road will open up economic opportunities for the area in the fields of tourism and agriculture. Once upon a time before COVID-19, some we spoke to said the area was the staging ground for river tours to Lamanai and Altun Ha, but with the deterioration of the road, tourists chose to catch buses south in Belize City instead.

Also, there is a thriving practice of agriculture in the Maskall area that depends on good roads to get their produce to nearby cities and towns: Belize City, San Pedro Town and Orange Walk Town.

The road runs for approximately 41 miles and was first built decades ago as the original link between Belize City and the North until it was replaced by the now-Philip Goldson Highway.