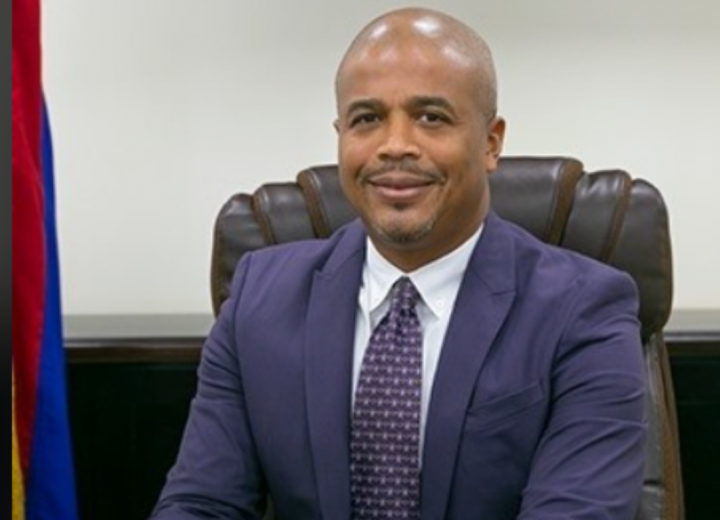 By Rubén Morales Iglesias: Mayor Bernard Wagner said that the new Belize City Council is in the process of acquiring four new electric buses to improve the transport system of the old capital and to move in line with the new national transport system.

The improved system will also see the construction of two new modern smart bus stops, one on Albert Street and the other one at the Save-U Plaza.

“In terms of the transport system for the city, we have a proposal that is closed to being approved for four grant-funded modern electric buses for our city,” Belize City Mayor Bernard Wagner told Breaking Belize News in an exclusive interview. “We want two running on the Southside, two running on the Northside. We have plans to build two new bus stops, one on Albert Street right where the taxi stand is. We’ll relocate those taximen, they’ve already agreed to it. We’ve had discussions with them. They’ll be relocated along the side by Brodie’s and we’ll have that modern bus stop, downtown Belize City.”

“The other bus stop will be by Save-U Plaza right where the car dealers have their vehicles parked. We will relocate them,” Wagner said.

Passengers will buy electronic cards from agents to use the electric buses which will run from 5:30 in the morning until 11:30 at night so as to meet the needs of “our nurses or doctors.”

Wagner said that the Belize City Council is serious about lowering pollution.

Wagner said he expects the Belize City Council proposal to be approved soon.

“Barbados received 38 grant-funded electric buses, We don’t see why Belize City can’t be the recipient of four electric buses,” Wagner said. “That proposal is very close to being approved through the Green Climate Fund.  I received word last week from the project manager and he is telling me the bus project is moving along pretty fast. I am supposed to have a meeting with the CEO of the (Transport) Ministry to fast-track our proposal. The proposal was sent to the Green Climate Fund and through the Ministry, it is sent to their international counterparts.”

Wagner said that the new buses will help Belize City fall in-line with the new national transports system being developed by the central government.

“It is part of a larger project because I believe at the national transport level, the new government is going, as well, to have a comprehensive type of transport system running all across the country,” he said.

Mayor Wagner said the new buses should improve the traffic flow in Belize City and that the existing bus stops will be refurbished.

“That’s part of the entire plan,” Wagner said. “The two bus stops we’re building will be smart bus stops that will be able to track the time the next bus will be arriving.  We do have some existing bus stops. It’s just about refurbishing them and getting them more compatible with those that we plan to roll out shortly.”