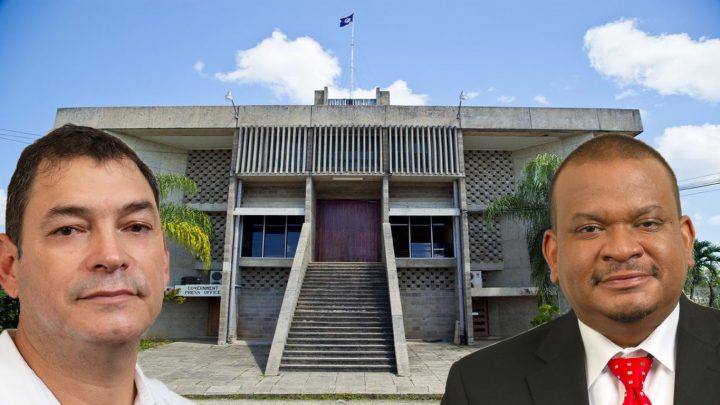 By Benjamin Flowers: The opposition United Democratic Party (UDP) walked out of today’s special sitting of the House of Representatives after Cayo South Area Representative called Leader of the Opposition Patrick Faber a “boy” and refused to apologize.

Espat had risen to give a presentation and Faber had interrupted him calling for a point of order. Espat made it clear that he would not yield and told Faber, “Sit down boy.”

Faber demanded that he apologize, taking so far as to ask the speaker of the House Valerie Woods, “What if I call you gyal, Madame Speaker?” to make his point.

However, Woods was satisfied that having Espat’s statement struck from the record was enough to address the issue. Faber disagreed.

Mesopotamia Area Representative Shyne Barrow said that Espat’s choice of words was a racial attack and that Espat should have been removed from the House for it. When that did not happen Faber and his party left the house in protest. When asked if he felt Espat’s words had any racial meaning Faber replied, “Coming from him, it can mean nothing else.”

Faber went on to say that Espat’s behavior is not conducive for good governance and that someone needs to rein him in. Espat has since gone on record to say that he called Faber “boy” to point out what he felt to be immature behavior and did not mean anything racist by it.