Dr Fauci concerned that not all Americans want to get vaccinated, similar concern in other countries as well 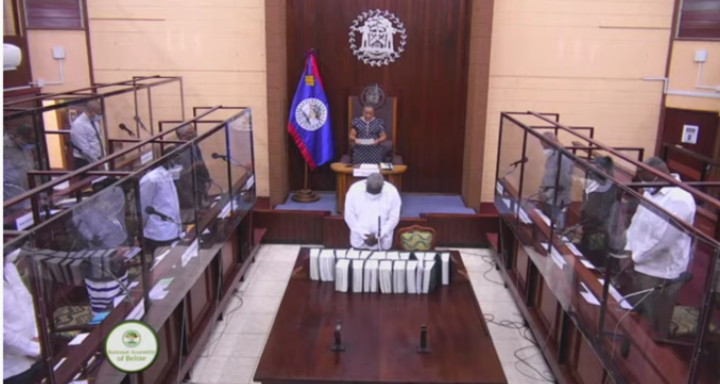 By Aaron Humes: The flux of the United Democratic Party’s line-up in the Senate continues, as none of Michael Peyrefitte, Sheena Pitts nor Khalid Belisle occupied their benches today.

Newly appointed Leader of the Opposition, Shyne Barrow informed Breaking Belize News (BBN) that Shary Medina was appointed temporary Senator “to hold over for Senator Pitts due to her dealing with an urgent personal matter”. Barrow also told BBN that former Mayor of Ashton McKenzie was appointed a temporary Senator as “Senator Peyrefitte had travel difficulties abroad”.

Bradley repeated a story he told while President of seeing the National Assembly chamber and thinking how big it was for the tasks done there, only to find that it was much smaller in person.

The new members were welcomed, though Leader of Government Business Eamon Courtenay could not resist a quip that he was not sure how the other side would look at the next meeting, a reference to the forthcoming recall convention against party leader Patrick Faber due on Sunday and a subsequent leadership convention, which may result in new leaders and members of the National Assembly.