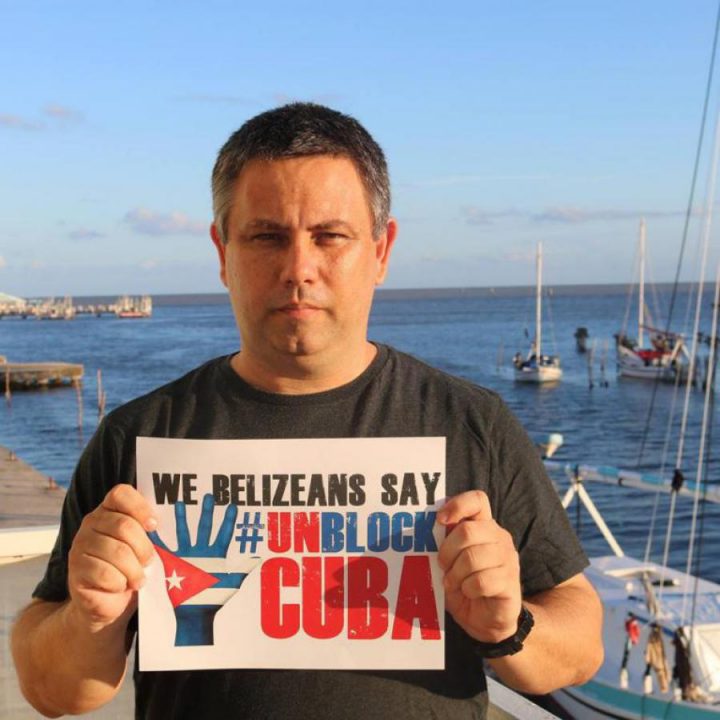 By Benjamin Flowers: Founder of the Image Factory Yasser Musa, showed his support for the people of Cuba this week, giving his thoughts on the “Let Cuba Live” open letter, which was published in the New York Times.

Musa, who has always been on record as an ardent supporter of the Cuban people, took to Facebook today to share the open letter as well as his impressions on the implications of individuals and organizations signing an open letter to United States President Joe Biden, to end the economic embargo on Cuba, which has been in place for over 56 years. Musa shared his thoughts on the backdrop of what today, July 26, means to the Cuban people, as the anniversary of the legendary movement led by the late Fidel Castro, that that overthrew the regime of Fulgencio Batista in Cuba (1959).

“A few years ago I walked with Belizean artists and activists through the exhibit at the Memorial de la Denuncia in Havana and got a deeper lesson about the relentless campaign to crush with catastrophic anti-human intentions, the self-determination of the Cuban people,” Musa said “and this morning the number of people, organizations, groups signing the open letter to USA president Joe Biden grows. Soon the New York Times will not be able to show all the names.” 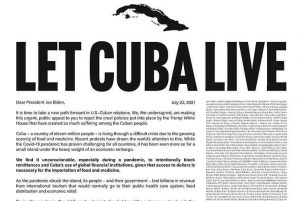 The Let Cuba Live movement launched with over 400 signatures from activists, academics, and civil rights groups from around the world on July 23.

The group said “we find it unconscionable, especially during a pandemic, to intentionally block remittances and Cuba’s use of global financial institutions, given the access to dollars is necessary for the importation of food and medicine.”

The full letter can be found here.

Earlier this month Cuba was rocked with protests all over the island nation, as the people suffered from food shortages and scarcity of medicine. Ambassador of Cuba to Belize Lissette Perez noted that the situation in Cuba was made increasingly difficult because of the COVID-19 pandemic, but ultimately was a direct result of the US embargo.