No need to lock down Southside of Belize City yet, says Minister

Belize wins 1 gold, 2 silver, 1 bronze on Day 1 at U-18, U-20 Central American Athletics Championships in Nicaragua 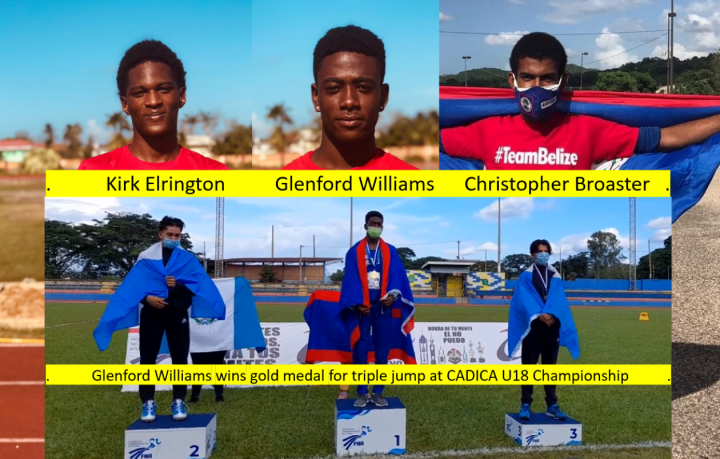 By Rubén Morales Iglesias: Belize won 1 gold, 2 silver, and 1 bronze medals on Day 1 at the U-18, U-20 Central American Athletics (CADICA) Championships in Managua, Nicaragua.

Christopher Broaster celebrated his 19th birthday winning the silver in the Men’s U20 800m in 2 minutes, 09.37 seconds. Edgard Herrera of Nicaragua won gold in 2:07.12 while bronze was taken by Héctor Pérez of Nicaragua in 2:13.90. Belizean Kameron Sainsbury finished 4th in 2:14.49.

Kevin Jones won bronze in the Men’s U20 triple jump measuring 12.98m. Valdemar Pérez of Panama was first with 13.29m and Andrick Vicente of Guatemala second with 13.08.

The regional meet which features athletes from all of Central America started on Friday, July 30, and ends on Sunday, August 1.