Minister of Sports: ‘No contact sports allowed at this time’ 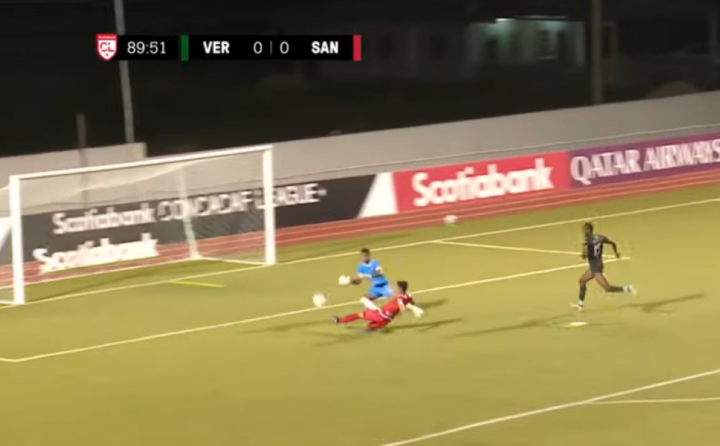 By Rubén Morales Iglesias: Verdes had their breaks but couldn’t capitalize and were punished by a 90th-minute goal scored by Denilson Mora which gave the visiting Costa Rican club Santos de Guápiles the 1-0 victory at the Isidoro Beaton Stadium in Belmopan tonight.

Blame it on game rust, lack of play, whatever, but the problem keeps being the same. Failure to score when you have your breaks always comes back to haunt you.

Tonight, Verdes had ten shots to Santos’ 11. Three were on target, one hit the woodwork, and six were off target. For Santos, one went in, six were on target and four were off.

Santos return home with the edge. One point in the bag and the next game is at the National Stadium in San José on Wednesday, August 18.

The Belizean connection was comprised of Woodrow West in goal, Norman Anderson and Evral Trapp in defense, and Jesse August along with Darrel Myvett in the middle.

Krisean Lopez subbed for Herrera in the 53’, Brazilian Wagner Rodrigues replaced Vargas in the 62’, Jordy Polanco went in for August in the 72’ and Elroy Smith took the place of Jorge Sánchez in the 72’ as well.