UDP Leader Patrick Faber: “there can only be one Leader of the Opposition in name and in post” 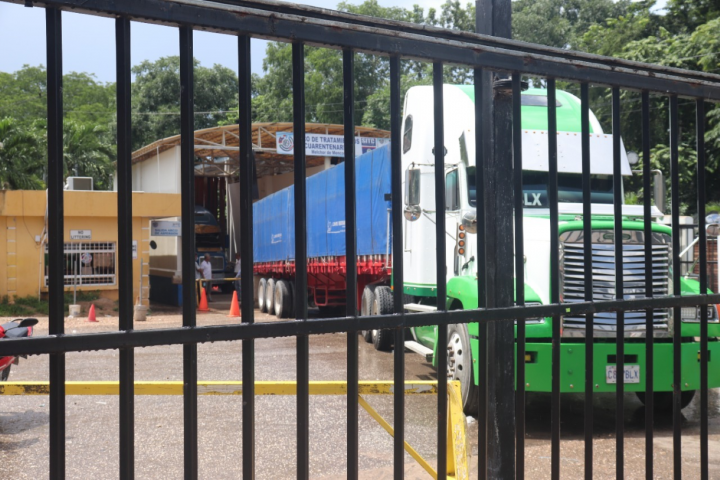 By Rubén Morales Iglesias: Just yesterday the Ministry of Health said that Cabinet decided that all persons coming in through the land borders will have to undergo PCR or Rapid COVID-19 tests at their own expense.

But right now, that is causing a protest at the Western border as Guatemalan truck drivers that cross regularly from Melchor de Mencos into Belize to Spanish Lookout to buy ground corn for cattle feed are blocking the road at the Melchor side of the border complaining about the number of times per week they have to be swabbed and the price they have to still pay for the accompanying custodian and taxi service.

“My trucks have been there since Tuesday and can’t cross,” Melchor truck owner Gloria Xiomara Matus told Breaking Belize News in an exclusive interview on Thursday morning. “Right now, there are about 70 to 80 trucks that transport other goods such as cement, iron, and fuel held up in Melchor parked around the gas stations and the streets.”

She said yesterday the Melchor authorities removed trucks from the bridge because they were concerned about the standing weight on the bridge.

Matus said that the truckers are concerned about a number of issues, but the main thing is having to do COVID-19 swabs every time they cross and the money they have to pay for custodian and taxi service.

Matus said the ground corn trailer trucks cross two or three times per week, so the drivers are required to do the swabs each time.

Matus said this morning the truckers were called to a meeting on the Belize side and she was hoping things would be solved.

“Every trip, we cross from ten to 15 trucks, but right now they are only allowing

Additionally, she said that they have to pay $60 for custodians and $100 for taxi service for every two trucks. The custodians, she said, accompany the trucks to ensure the drivers don’t make stops and come out of the trucks on the way.

She said that in some cases the custodians and taxi drivers do not even accompany the trucks, that they stay at the truck corral.

She said that if they are paying for COVID-19 tests, then the custodians and taxis aren’t necessary. 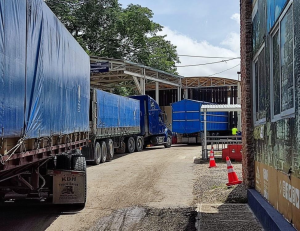 “With this protest, I’m going to lose some clients,” Matus said. “They’ll have to bring in corn from Honduras. Then, the Belizeans won’t sell their corn. If they don’t allow it to cross, we’ll turn around and go to Honduras, and pay duties in Honduras.”

“Prices in Honduras are cheaper, but people here prefer the Belize corn. I don’t know what the Mennonites add to their soil to grow such good corn the way Guatemalans like it for their cattle. The beef cattle put on weight faster.”