Ministry of Agriculture carries out embryo implants in Blue Creek 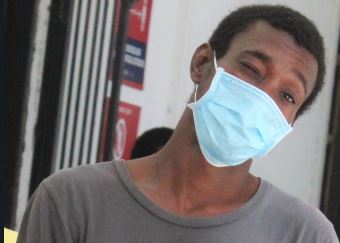 By BBN Staff: Ronald Bradley, 30, was granted bail in the sum of $1,000 plus one surety of the same amount by Magistrate Audrey Grinage in Court #6 of the Belize City Magistrate’s Court following an alleged domestic spat with his girlfriend.

Bradley appeared in court unrepresented and told the court that his girlfriend wished to withdraw the charges, however, when police made checks outside, the girlfriend was nowhere to be found. His girlfriend had filed a police report claiming that on September 29, Bradley intentionally and unlawfully committed harm upon her in a dispute at their home in Mahogany Heights where he allegedly punched her three times to the face.

On August 20, Bradley was also before the court on a separate charge which allegedly resulted from another domestic incident. He also has another pending matter before the court with respect to the theft of a US $20 note. Bradley is expected back in court today where he claims his girlfriend will appear to drop the charges against him.