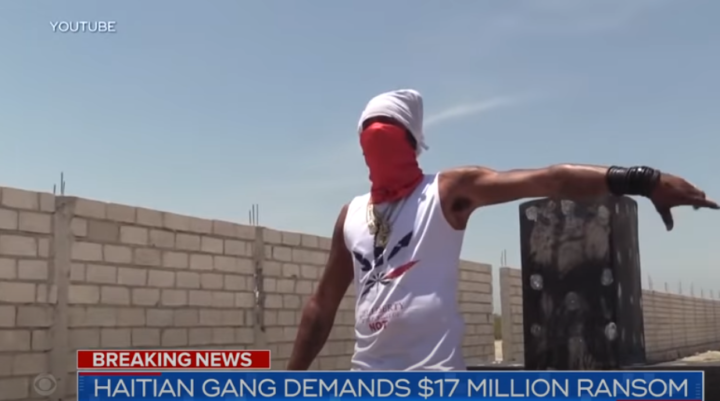 By BBN Staff: The leader of the Haitian gang that kidnapped a missionary group of 17 people has released a video threatening to kill them all if he does not receive US$17 million, Global News reports.

The gang, known as the 400 Mawozo, kidnapped the group of 16 Americans and 1 Canadian demanding $1 million per person. Among those captured are five children, one of whom is only eight months old.

The gang’s leader, identified as Wilson Joseph said in the video “I swear by thunder that if I don’t get what I’m asking for, I will put a bullet in the heads of these Americans.”

The hostages are reportedly from Amish, Mennonite, and other conservative Anabaptist communities in Ohio, Michigan, Wisconsin, Tennessee, Pennsylvania, Oregon, and Ontario, Canada.

The US Federal Bureau of Investigation (FBI) has joined with Haitian authorities in searching for the hostages while the families of those captured have conveyed their thoughts through a spokesman representing a religious group the mission team is connected with.

“God has given our loved ones the unique opportunity to live out our Lord’s command to love your enemies,” they said.

The incident has added more social tension as protestors calling for the gang to free the Americans are coming out amongst rioters who have blocked streets and are burning tires calling for Prime Minister Ariel Henry to step down due to the high cost of living.

CBS News reported earlier that the US Government says it will not comply with the hostage demands.