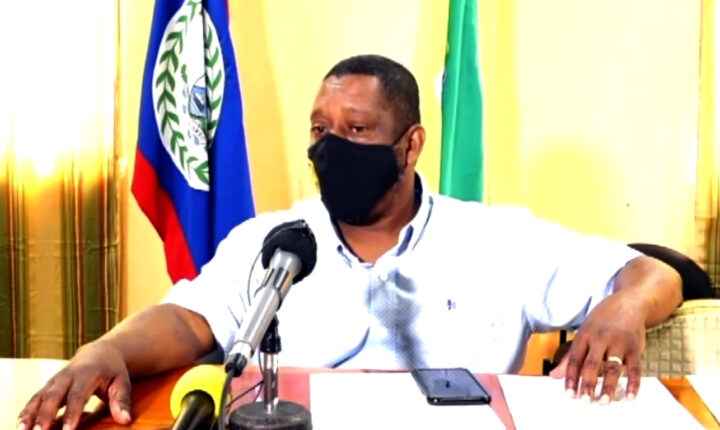 By Benjamin Flowers: The Belize Police Department says that it is hoping there will be better lighting placed in key areas of the Philip Goldson Highway, following a fatal road traffic accident that occurred on Saturday night.

Reports are that 30-year-old Elias Nahum Vellos was riding his bicycle on the Philip Goldson Highway shortly before 9:00 p.m. when he was hit by a car being driven at the time by 25-year-old Delawn Julian Abraham. Vellos received severe injuries to the head and body and died on the spot.

Today, Director for Communications for the Office of the Commissioner of Police, Assistant Superintendent Fitzroy Yearwood, said that a notice of intended prosecution has been served on Abraham, but that there is a greater need for better lighting in the area.

“It is very very dark. The road itself is made of that hot mix material that is very dark at night. The lighting at the side of that road, almost next to impossible. I know that the road itself is not properly marked, no reflectors to help…for you to stay on your side. It is unfortunate that someone lost their life but I would hope that it would prompt some improvement when it comes to the lighting,” Yearwood said.

He stressed the area most in need is between the Lord’s Bank Junction and the Burrell Boom Junction, where he stresses that the only place in that area with adequate lighting is near the entrance to Los Lagos.

Abraham told police that he was driving to Sandhill when the vehicle in front of him swerved suddenly. In trying to avoid that vehicle he swerved out of the way which caused him to hit Vellos.