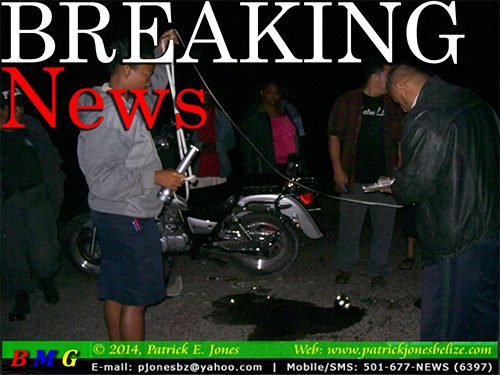 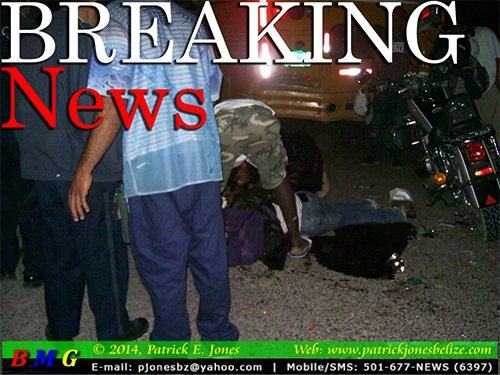 One person was seriously injured in a traffic accident around 11 o’clock on Saturday night in Georgeville village, Cayo.

A motorcycle traveling at a high rate of speed, crashed into the back of a passenger bus belonging to Shaw’s Bus Service. The bus had stopped in front of the police station to let off a passenger when the incident happened.

The loud bang of the crash was heard by many area residents who quickly responded to the scene.

At the scene, the long wait to transport the injured motorcyclist, identified as 23 year old Carlos Teck to the hospital angered some residents as there appeared to be some confusion about waht to do.

Although multiple calls were placed for an ambulance, none showed up at the scene and a small pickup truck was pressed into service to transport Teck to the San Ignacio hospital.

Reports are that Teck died shortly after arrival at the San Ignacio town hospital. 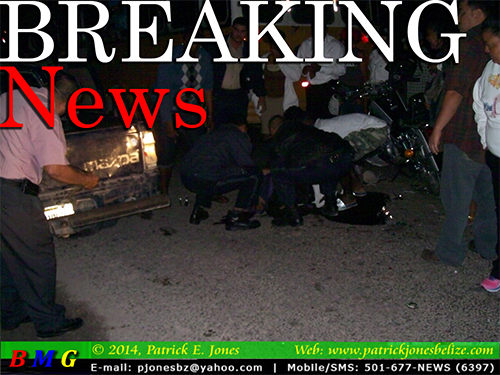 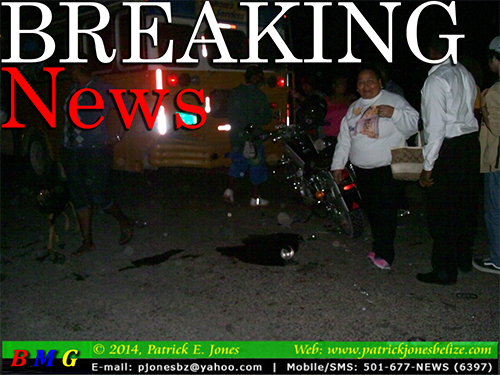 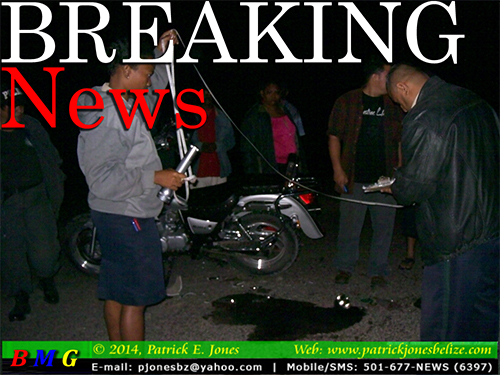