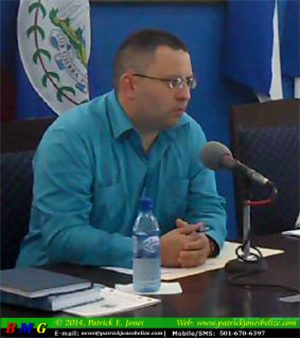 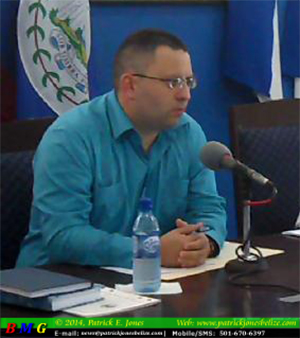 AARON HUMES Reporting: Kevin “Boco T” Kelly was one of three men alleged to have been killed at the hands of the Police in the span of one year.

In his case he was allegedly beaten to death while in Police custody in San Pedro in April of 2012, after authorities said he tried to elude them after committing a robbery.

His family has been trying to get justice on his behalf and today, while discussing remedies for persons affected by the gun laws who are already remanded in prison or convicted, attorney Kareem Musa said the matter had been settled with the family awarded $35,000 in compensation.

Kelly’s common-law wife Lorna Wade attended today’s briefing but she declined to comment further when we approached her.

Last year Steven Buckley, a construction worker of George Street, received $100,000 as the first part of his settlement with the Government after he was shot in the face by a police officer during a traffic stop on Kraal Road in 2010.