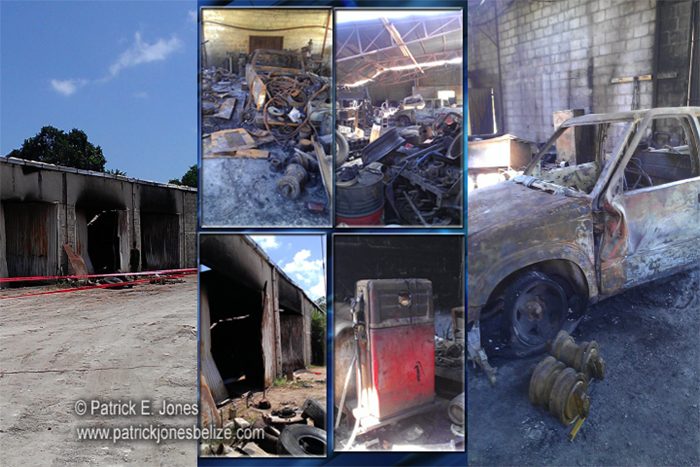 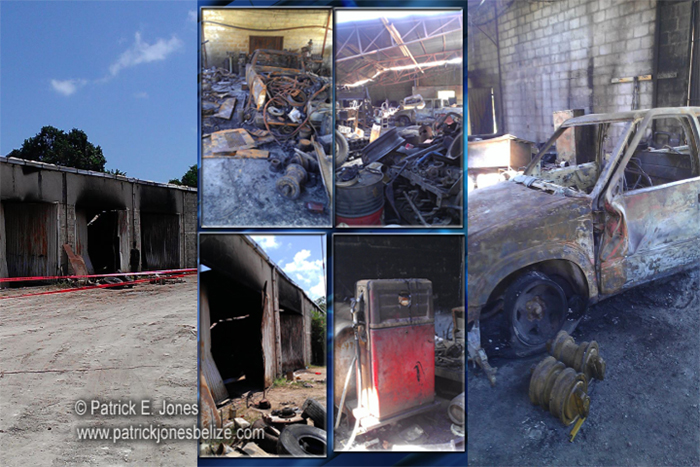 Monday, March 31, 2014. DEVON YOUNG Reporting: An early morning fire on Sunday has destroyed a warehouse in Corozal and the estimated damage caused by the blaze has been put at over a million dollars.

Around 5 o’clock on Sunday morning, personnel of the Corozal Fire Department responded to a call of a fire at Johnny’s Construction, situated at mile 85 and a half on the Phillip Goldson Highway.

Among the losses or damage caused by the fire were four motor vehicles, a boat and other high-value machinery.

Preliminary information indicates that more than thirty years of investment went up in smoke in Sunday’s fire, which is being investigated by authorities.

The fire is being investigated by both the Fire Department and the police.