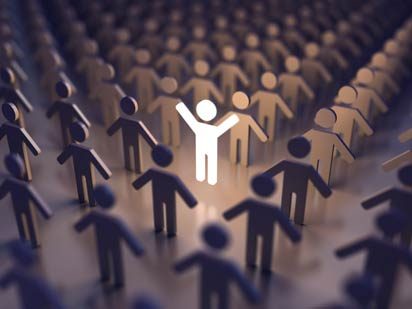 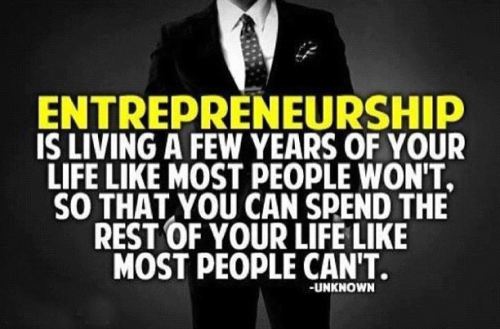 “Beware of those standing on the beach, encouraging you to go for the big fish in the deep blue sea in your little leaky canoe” ~ R Sydney H

There is no credible source of publicly available data that shows the amount of businesses operating in Belize….the number of new start-up businesses….the number of successes….the number of failures….on a year-to-year basis. Neither the private sector organizations, nor the relevant public sector bodies seem to have this data….or they keep it as a top-secret.

Evidence of persistent high unemployment….successive government’s giving high priority to “poverty alleviation” and “social development” programs….relatively high levels of default rates in the banking system….rancorous public expression of the “hard times” being felt by the general population, and especially the lower and middle income earners….evidence of growing crime and illegal operations….among others….when placed into context of government declaring revenue increases from Business Tax and General Sales Tax over and above expectations….would indicate that there is more economic activity….but that most of this is accruing to a small minority of actors (probably the more established actors with special incentives and/or facilities)….and that the majority….where the new employment opportunities can be created….are not in such good shape.

Entrepreneurial activity in Belize is very high risk….the enabling environment leaves a lot to be desired…but those standing firmly on the beach are ready to shout that Belizeans are lazy….that Belizeans are not sufficiently entrepreneurial by nature….that they prefer to take jobs rather than exercise opportunities for self-employment….they beat up on our education system and fault them for why we do not have a lot more entrepreneurs starting new businesses and creating employment for themselves and others….yet others blame slavery and other phantom causes.

Look carefully at those standing on the beach…99% of them have either inherited a well developed business from their parents or grandparents….or are no investors themselves, but employees and mouthpieces for some employer with an agenda….or are so-called ‘consultants’ that have never started a business of their own in Belize…or had some special privilege through connections of capitalizing an investment based on gifted government lands and/or benefits that they did not have to sweat for. They do not know one iota of the very difficult process of making the decision to mortgage the roof over one’s head to invest in starting up a new business.

From my experience of 25 years in senior management in the private sector of Belize…and 14 years since starting up my own businesses….combined with my extensive education and exposure in developed and developing countries….I share below what I believe are some of the disincentives for entrepreneurship in Belize:

1. High and unbalanced taxation and cost-of-doing-business – there are direct and indirect taxes….indirect taxes are those that are factored into the price of all supplies of materials and services which affect every expense line in a profit and loss statement…..direct taxes are those paid directly from the business to the government under its own tax heading. All things remaining equal, higher taxes translate into higher cost-of-business and lower prospects for making profits….and lower prospects for making profits results in loss of entrepreneurial incentive. High taxes on fuel, relative to our principal competitors in Mexico and USA, ripples through our productive sectors like a destructive hurricane driving entrepreneurial energies into the ground before they germinate properly. In addition to high taxation, there is also the issue of unbalanced taxation….where the government offers special incentives in discriminatory fashion….some get and some don’t….and even some who get, have it taken away by vindictive arbitrary decisions. The government also exempts or excepts a wide range of goods and services from taxation, especially imported goods and services that could otherwise be produced in Belize by Belizean entrepreneurs…and even creates special taxes for special sectors, eg. Hotel Tax. This discriminatory choosing of winners and losers in the economy by government is one of the greatest unconstitutional injustice that is taking place in Belize…and is one of the primary obstacles to potential investors starting up new businesses…as those without these benefits will find themselves competing unfairly with those who have them…increasing their likelihood of failure…and only very few have the moral and spinal constitution that it takes to go seek these benefits…not matter which color is in power. This imbalance, I would dare say, is also the leading cause for the undesirable and detrimental expanding wealth gap between Belizeans who have…and those that don’t.

2. Limited entrepreneurial facilitation – The terms and conditions of commercial loans (which is unfortunately still the largest source of startup funding) are draconian….and commercial banks are not sensitive to changes in the life of businesses…rather inflexible in the use of interest rates and terms as tools for negotiating exit routes to business challenges….forcing a large scale of automatic foreclosures based on clauses written into the loan contracts instead of being decided in a court of law on a justice-centered case-by-case basis. Every week the newspapers are littered with bank foreclosure advertisements, which does not go unnoticed by potential entrepreneurs….everyone knows someone who mortgaged their home to start a business and lost it to business challenges that could not be renegotiated with the insensitive commercial banks, combined with the draconian foreclosure rules that give these banks complete control over investors assets outside of justice procedures. The economy is so small, that oligopolies form in almost every sector that should be facilitating entrepreneurial activity with lowest-cost options…. operating in the absence of Competition Law and Anti-trust Law….banking, insurance, fuel importation and distribution, construction, repairs and maintenance supplies, you name it…..and they collude for super-normal profits….preferring smaller volumes with higher margins over growing volumes while reducing margins….securing the old money….and very slow to liberate the new. Entrepreneurs are the new money….they are not so important to the establishment and status quo power brokers in Belize. The undeveloped financial market have not allowed old money to be invested for profits from the development of new money…and this is a major hindrance, as they see new money as competitors to their wealth and status, not as enhancers. The economic relationship between the haves and want-to-have is rather unhealthy due to the current zero-sum win-lose financial formula….a win-win formula needs to be constructed via a more developed financial market that allows the old money to orderly make profits from generation of the new money….basically from entrepreneurial activity. This would also allow for orderly scaled investments from offshore sources via our financial markets….but we have talked this to high heavens and done squat about it. We have instead chosen the shady so-called “offshore financial services” market which has created a lot of distrust for Belize’s financial market….and which makes it even more difficult to start up and grow a legitimate financial services market that benefit Belizeans as well as foreigners wishing to do honest business with us.

3. Unbridled corruption – evasion and avoidance of taxes, especially import duties and taxes, is rampant in Belize. This allows the prices of imported goods and services to be made available in Belize for much lower than we could produce them here, given our high rates of labor, utilities, interest rates and taxation…and our small economies of scale and low productivity. This eliminates the possibility of making profits from production of all those goods and services that are currently being imported in this fashion….because the price that you would have to compete with versus the cost at which you could produce them, does not leave enough to put bread on the table. Bribery, nepotism and cronyism in Belize is widespread in both the private and public sectors….such that ability, merit and integrity becomes mute in the competitive marketplace….dampening entrepreneurial spirit….which is only fertilized when competitiveness and productivity drives the order of business. Besides the disincentive for entrepreneurs, the high level of corruption allows for a large number in the population to be making easy money….so why take undue risk and engage in entrepreneurial ventures when money is much easier to come by? Especially since it is perceived by those would-be entrepreneurs that it is much less risky to engage in corruption than to let loose the entrepreneurial energies…everyone knows someone who has gotten rotten rich by way of corruption and never got accused, much less “caught”.

4. High paying government jobs – entrepreneurs are mostly likely to come from persons who have developed some experience, knowledge or skill level in producing a good or service that is in demand…or has potential demand. Upper and middle level managers in the private and public sector who have worked for some years for others, and now want to carve their own piece. The public sector (including quasi-government bodies) has raised salaries, allowances and benefits (including gratuities and pensions) so high….that even the private sector cannot keep up. It allows them to attract and keep the best qualified and experienced persons for a lifetime. These people observe daily the many failures of those who have taken the plunge…and see no incentive for them to take the plunge themselves….they see it as calculated, unduly high risk. Damn, even big businessmen have been known to leave their businesses to take up those lucrative jobs in the public sector. The prospect of high-paying stable jobs, in an environment that presents so many real obstacles to honest profit-making from business risks, is a major deterrent to entrepreneurial activity. It is not about arguing for lower pay and benefits for those who choose employment over investment….it is arguing for higher prospects for honest profit-making from risking entrepreneurial activity and investments.

Those playing on the beach who were mentioned earlier….who run around engaging in entrepreneurial “training” and “motivation” and “inspiration”….encouraging all and sundry, small and medium would-be entrepreneurs to take their leaky canoe out into the deep blue sea to go seek the big fishes out there….either have the golden spoon of their parents and grandparents old money in their mouth….or they are “consultants” who have never sailed the deep blue sea themselves. Entrepreneurial OPPORTUNITY is not only about broadly identifying demand…but rather the detailed analysis of why, when, how and where to profit from supplying that demand. Where are the cost-benefit analysis of all these “opportunities” that they see that nobody else see? Why don’t they engage in those opportunities themselves if they find them so “promising”?

If Belize is truly interested in fanning the flames of entrepreneurship, it needs to start from #1 and work its way down….and stop pointing accusing fingers at us lazy, uninspired, de-motivated and lack-of-creativity creatures.