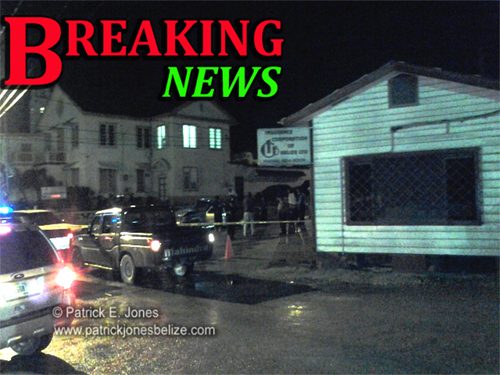 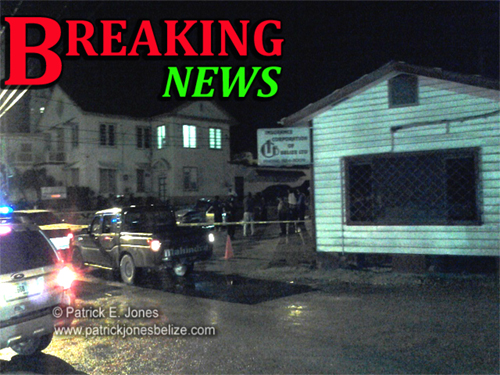 Friday, May 2, 2014. PATRICK E. JONES Reporting: The Belize Police department has released additional information on the incident in San Ignacio on Thursday night in which a vehicle crashed near the police station.

It turns out the pick-up truck was carrying just under 50 pounds of marijuana.

As we first reported, the occupants of the vehicle appear to have been trying to evade police but ended up crashing into the police parking lot.

The official report says that around 8:25 pm on Thursday, a mobile patrol saw the brown pickup truck approaching at a high rate of speed from the direction of Benque Viejo del Carmen.

Although police signaled the driver to stop, he continued past the police and a chase ensued.

When the vehicle approached the intersection at the bottom of Buena Vista Street, the driver apparently lost control and crashed into two other vehicles in the police parking lot.

When police conducted a search inside the pickup truck they found a sack on the front passenger seat containing 28 pounds of marijuana.

A further search found another sack behind the driver’s seat containing 20 pounds of marijuana.

Both Rivers and Morgan will be formally arraigned in the San Ignacio Magistrate’s Court on Monday on drug trafficking and traffic related charges.