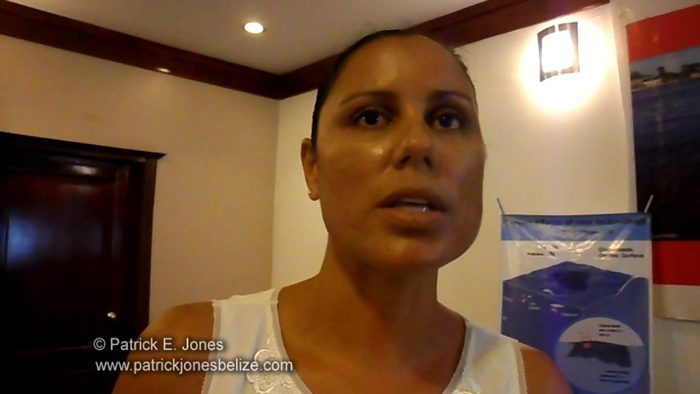 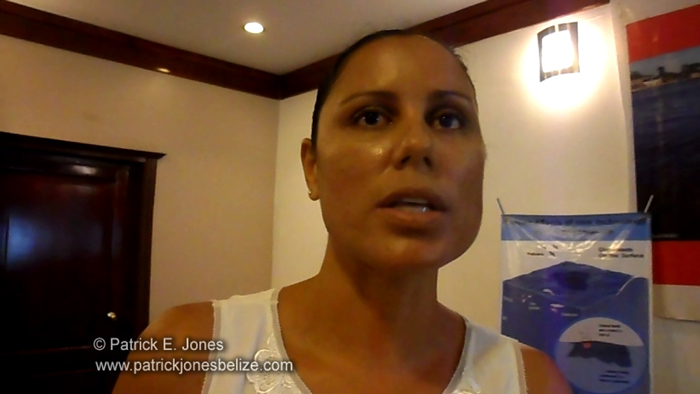 Tuesday, June 10, 2014. AARON HUMES Reporting:  Monday, June 8 was World Oceans Day, a celebration of the oceans that cover more than half of the planet Earth and spawn many forms of aquatic and marine life.

Here in Belize the main celebration was led by the local office of OCEANA which visited the Lighthouse Reef fifty-five miles east of Belize City.

Though much of it is under protection, the recent furore over the Puerto Azul project threatens to undermine its sanctity as a spawning ground for species of fish and lobster.

OCEANA Vice-President, Janelle Chanona says the timing of their visit concided with the recent furore over the Puerto Azul project but they wanted to highlight the special ecology of the Lighthouse Reef, which hosts the Blue Hole and sanctuaries for fish, lobster and red booby birds on its major islands.

The group participated in underwater diving and snorkeling and conducted a clean-up campaign in the area.

To help protect the fragile environment, there is a switch to renewable energy.

Chanona says OCEANA supports the greater usage of renewable energy as research has shown that it is getting cheaper and a better and more reliable source than dirty fossil fuels like coal and petroleum.

The use of renewable energy is an alternative to promoting drilling for petroleum in protected areas, especially offshore Belize, which OCEANA has stood against.