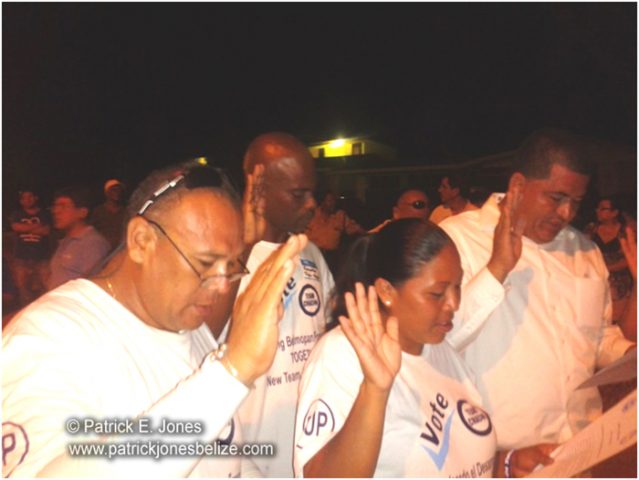 PUP candidates being sworn in PUP candidates being sworn in

Monday, June 30, 2014. GWEN NUNEZ GONZALEZ Reporting: The People’s United Party (PUP) has chosen its slate of candidates to contest the municipal elections in Belmopan in March, 2015.

Of the two slates that went head to head, the people of Belmopan gave team Chacon the nod. After the results were announced and the elected candidates sworn in, Mr. Mr. Chacon urged all the follows to unite and the same sentiment was echoed by Mr. Flores, who also told the followers to join the revolution and work to win. Councillor Candidate Jose Ico expressed gratitude to all the voters on behalf of the Flores team and also urged all to unite and defeat the common enemy which is the United Democratic Party.

The Activity was supervised by Henry Usher, Party Chairman and Danny Madrid was the Returning Officer.

The energetic crowd was overwhelmed with joy and pledged support.