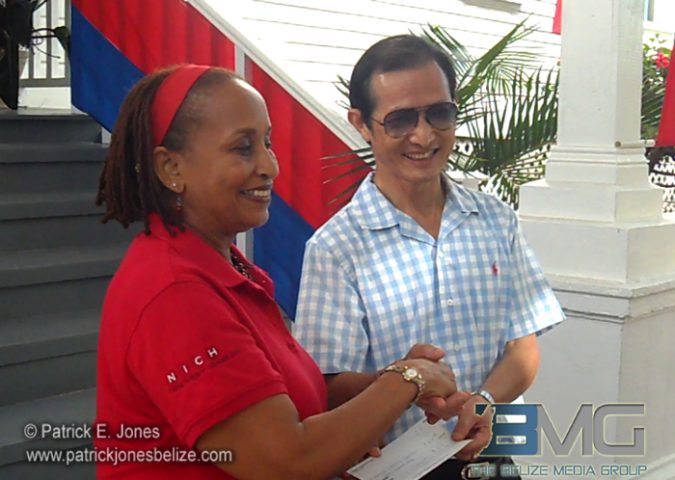 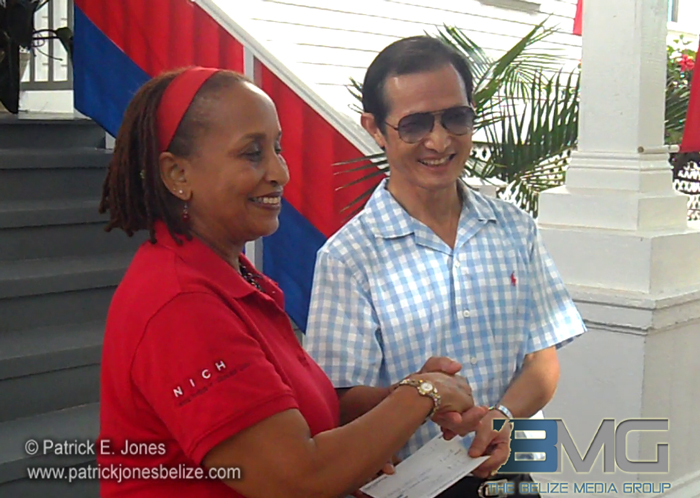 Friday, August 22, 2014. AARON HUMES Reporting: This afternoon the Embassy of the Republic of China (Taiwan) made its annual donation to help Belize celebrate the twin holidays of St. George’s Caye Day and Independence Day.

Some BZ$40,000 was handed over from Ambassador Benjamin Ho to Co-Chair of the National Celebrations Commission and President of NICH, Diane Haylock who says it is their usual recognition of the importance of culture and celebrating national milestones.

The Calendar of Events is out and we took the opportunity to ask Haylock about a concern we have heard in various quarters, that the celebrations in general have for some time now been slanted toward self-entertainment and promotion of foreign artists, specifically in relation to Carnival rather than meaningful discussion of the national situation and promotion of intellectual development.

It’s a fair criticism, but one which President Haylock says must be weighed in the context of available resources and what the celebrations are all about for each Belizean.

The Commission is officially responsible for sponsoring four events: the Official Opening of the Celebrations on St. George’s Caye, the Official Ceremonies for September 10 and 21, and the Flag Raising Ceremony on September 20.

Anything else, particularly private concerts, is promoted through the official calendar as a public service but is not officially endorsed by the Commission.

There are two planned lectures on the calendar for September 3 and 17 and for future celebrations the Commission is open to suggestions.

The September Celebrations will kick off in nine days’ time on St. George’s Caye and close in Belmopan on September 21.