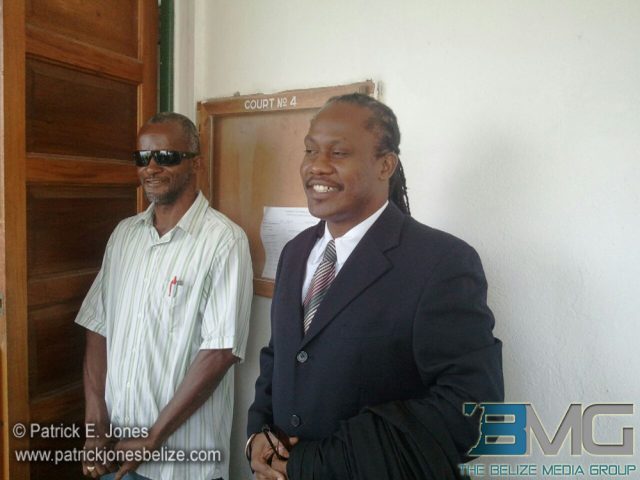 Thursday, October 30, 2014. AARON HUMES Reporting: The first hearing of a challenge to the provisions of the Firearms Act in favour of Allyson Major of Belize City was heard this morning by Supreme Court Justice Michelle Arana.

Major was acquitted of firearms-related charges almost a year ago in Magistrate’s Court after being remanded for 38 days and today he told reporters that he was unfairly detained and never given a chance to explain himself as he has no connection to the house where the firearm was found.

Major was one of seven persons charged over a double barrel shotgun found at a house on Peter Seco Street in April of 2012, which had previously been reported stolen from a warehouse at the Old Northern Highway, and additionally a sixteen-gauge shotgun and cartridges found at the residence.

Kent Lynch pleaded guilty to the charges and was jailed for six years but none of the other accused was offered bail due to the provisions of the Firearms and Crime Control Acts.

Major is being represented by attorney Anthony Sylvestre, who is petitioning the court for certain declarations saying that certain provisions of the Act are unconstitutional.

In particular Sylvestre says citizens have the right not to be charged unless authorities have established reasonable suspicion.

The law as it currently stands does no favors for Belizeans who are presumed guilty as a result of simply having any connection to a firearm.

The case returns to court on November 27.