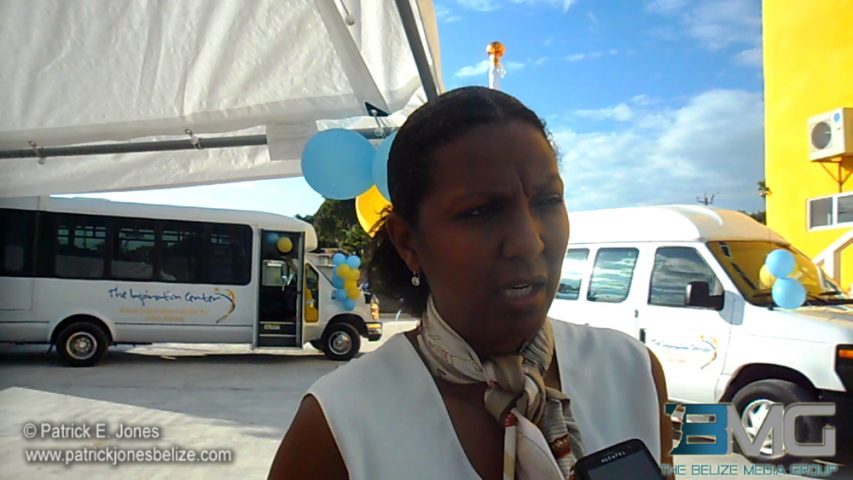 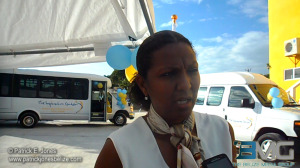 Thursday, December 18, 2014. AARON HUMES Reporting: It has been a successful year for the Office of Special Envoy for Women and Children Kim Simplis-Barrow, capped by Tuesday’s reception of specially equipped vehicles for clients of the Inspiration Center.

Looking forward to 2015, the construction and equipping of a Pediatric Intensive Care Unit for the Karl Heusner Memorial Hospital (KHMH) is starting to wind down.

Started in the wake of the tragic deaths of eight newborn babies in May of 2013, the building is closing in on completion.

But according to Simplis-Barrow, while they have raised the majority of the funds needed, there is still more work to be done.

The most recent fundraiser took place in London, England and more are on the way to meet the costs of construction and buying equipment.

While she did not have exact figures she said most of the money needed had already been raised.

The estimated cost of construction alone is $6 million.

In other news … A few weeks ago the Statistical Institute of Belize announced the latest figures on unemployment in Belize.

While national unemployment rose only slightly from the last measurement in April to 12.1%, the rate for females stood at 66% of that figure, meaning that 2/3 of all unemployed persons, about 12,300 in all, are women.

That figure actually rose from the April measurement by about 1%.

Additionally, 19.6% of all employed women surveyed consider themselves underemployed.

It is a continuing trend that worries Special Envoy for Women and Children Kim Simplis-Barrow, whom we spoke about it to earlier this week.

The “20,000 Strong” Movement started by her office hosted a financial forum highlighting entrepreneurship and taking recommendations from women around the country for how best to ease these figures while propping up women’s self-esteem.

2015 will be a critical year for addressing the issue.

There is a greater number of women students and domestic workers who are not counted in the labour force according to the SIB.

Those who are employed are more likely to be either professional or technical workers or in elementary occupations such as drain cleaning and garbage collection, or ordinary labourers, a gap that Simplis-Barrow said also needs to be worked on.