Police to put on show for City residents 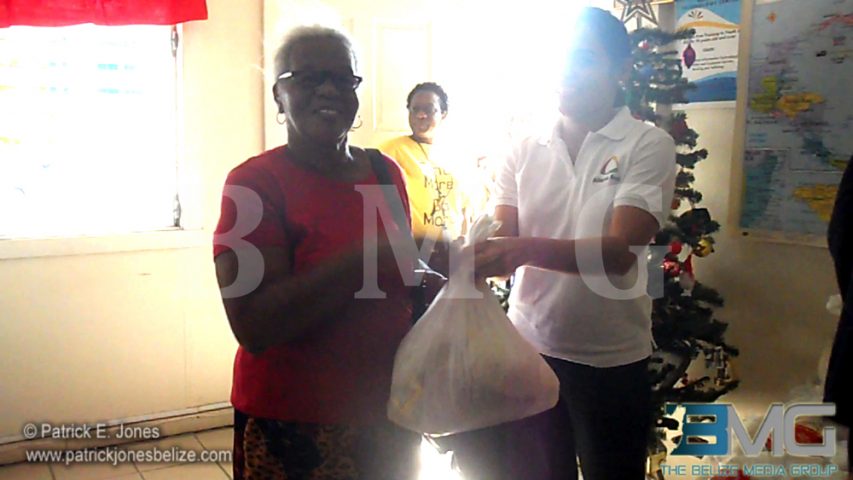 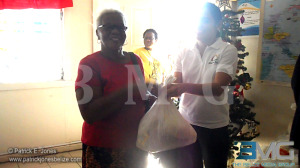 Thursday, December 18, 2014. AARON HUMES Reporting: Belize City residents were the first to benefit from the annual drive of the Salvation Army to spread the joy of Christmas to all Belizeans this morning with the first distributions of over 500 packages of basic food items to needy residents of the Old Capital.

The items were bought and handed out with the kind and generous contributions of businesses and people of Belize led by Global Directories, the company in charge of BTL’s Yellow Pages, and Atlantic Bank. 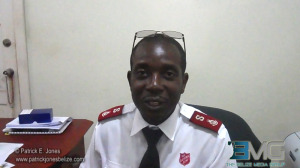 Major Joliker Leandre, Regional Commander of the Salvation Army, told us that the center of Christmas is Christ, and that as much as he loved us – enough to die for the sins of the world – so we should love one another, including making sure that we all live well on Christmas Day and every other day.

Hampers were also distributed at the Salvation Army compound on Cemetery Road and its Northside office on Castle Street.

Tomorrow, Friday, the giving spreads to the Cayo District where members of the Georgeville Corps step up to play Santa, as well as in Maskall and Hattieville Village, Belize District where children from that area will receive toys.

Global Directories representative Marsha Samuels said they recognized the need and contributed $15,000 in cash and their own time to help the cause, and the smiles on the faces of the recipients today at the Army’s Regent Street headquarters was its own reward.

There is still time to put in your pennies at the nearest Red Kettle in front of major Belize City outlets.