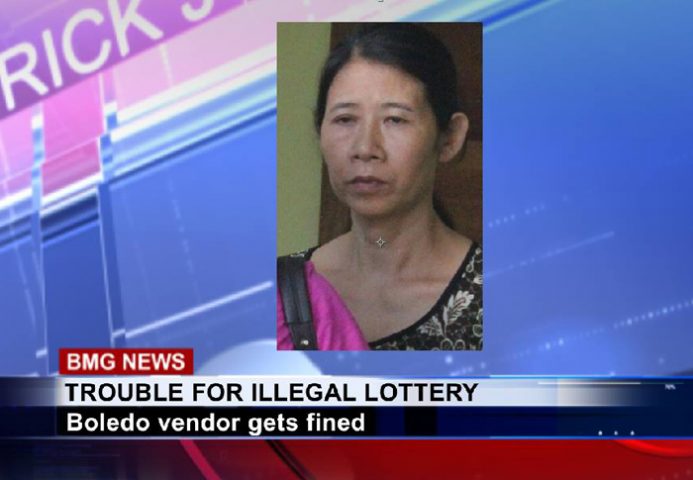 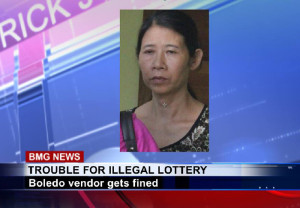 Monday, February 2, 2015. AARON HUMES Reporting: The phenomenon of illegal selling of lottery continues under the radar in some areas, but a rare victory was scored today when a Chinese shop vendor pleaded guilty to the charge after changing her original plea.

On July 13, 2014, a police constable reported personally seeing Wang at her establishment sell a dark-skinned man lottery numbers on a white paper that did not match the official tickets printed by official lottery proprietors Brads Gaming Company.

The officer intervened and retrieved the paper as well as the money the man had paid over, then informed Wang of the offence committed and escorted her to Racoon Street Police Station.

A woman police constable took over the investigation, recording statements from the arresting officer and the customer and this led to Wang’s arrest and charges.

The fine is the minimum allowed for a first offence and must be paid by June 30, in default 3 years’ imprisonment.