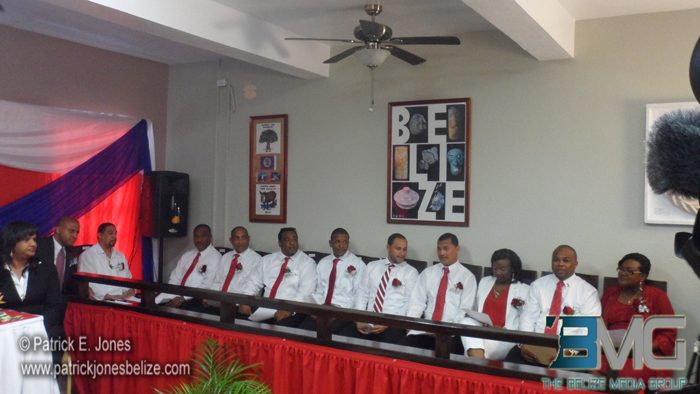 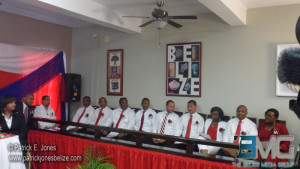 Tuesday, March 10, 2015. AARON HUMES Reporting: Five days after their win was confirmed at the polls, the new Belize City Council was sworn in at their official home of City Hall on North Front Street.

The team of eleven – eight men, three women – is a diverse and experienced group.

Eight councilors are returning for consecutive multiple terms and one of the “newcomers,” Hyacinth Latchman-Cuellar, is a former Councilor. 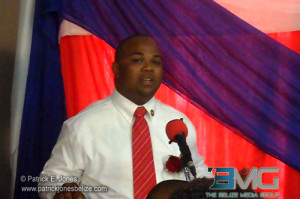 The true novice of the group, Jason Edwards, welcomed the gathering of party supporters headlined by Minister of Education Patrick Faber and Minister of State Santino Castillo by committing the Council to seek out new avenues for development of the Old Capital and invited all to join in.

After oaths of office were administered to the team, Mayor Darrell Bradley took the podium to salute City residents and members of both his staff and party for contributing to last Wednesday’s democratic process. 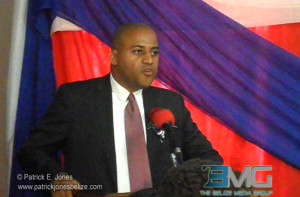 He reminded that the work that City Hall does is not his alone but that of those who stand beside him and most especially the residents who elected him.

He pledged to continue that work, in particular the development of the community beyond infrastructure and physical enhancements.