Tuesday, April 14th, 2015. Aaron Humes Reporting: Police are investigating yet another murder in the Belize District, this one in the residential subdivision of Maxboro. It is not yet clear to police who wanted 31 year old Leon Leslie Sr., residing in house 271 in the subdivision, dead, but it was clear that the deed was accomplished several days ago, as police found him lying on a sofa apparently dead with what appears to be cut wounds to the neck and chest area and in a state of decomposition. 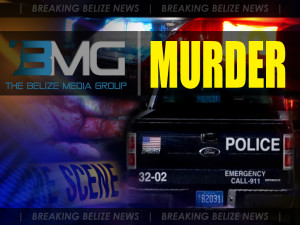 Officer commanding Eastern Division CIB, Police Superintendent Hilberto Romero says police did not see signs of forced entry and there was no indication of any theft from the residence.

Supt. Romero says police’s investigations have narrowed to persons “of suspicious character” seen hanging out at the residence recently. Several persons are being interviewed in connection with the ongoing investigation.