A Tribute To A Belizean Legend 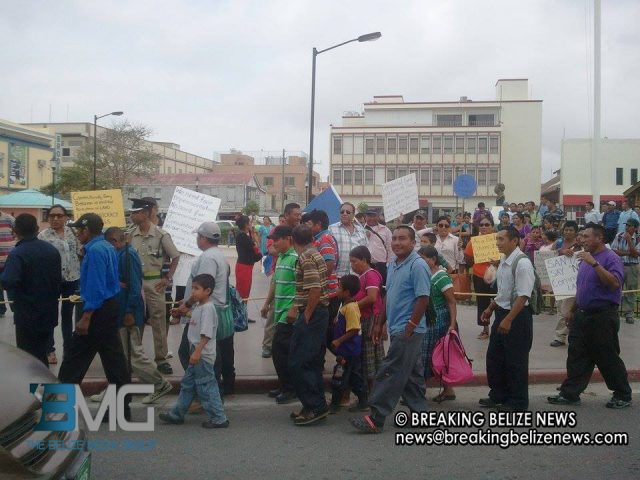 Wednesday, April 22nd, 2015. Aaron Humes Reporting: This morning final arguments were heard in the Caribbean Court of Justice (CCJ) for the case of the Maya Leaders Alliance and 23 village leaders and co-leaders of the Toledo District representing 38 Maya villages against the Government of Belize.

As we reported on Tuesday, following a case management conference, the Government conceded that Maya settlers have ful 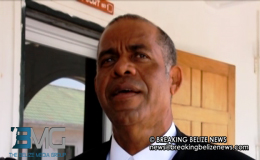 l rights to communal tenure for village lands in and among the 38 Maya villages in Toledo, as previously ruled by the Supreme Court and Court of Appeal. CCJ President Sir Dennis Byron formally read the consent order agreed to by both parties, in which the Court of Appeal judgment by majority issued two years ago is upheld insofar as to the existence of Maya communal land rights and collective and individual tenure as defined by the Constitution.

The Government gives several undertakings to work with the Maya to find the means to implement the decision and not to take actions that may undermine the use and enjoyment of their lands without prior and informed consent, including issuing any licenses, permits, concessions, and leases and other instruments or renewing same.

However, the constitutionality of Government’s authority over all lands in Belize remains unchanged. The court will ask for a report from both parties on implementation of the order by next April 30, 2016. Senior Counsel Denys Barrow, representing the Government, said that it was time for the impasse to end.

Now recognizing the Maya’s rights, the Government will throw itself into ensuring that those rights, hitherto neglected and trampled, are upheld and respected by both private and Government interests, and has separately written to the communities assuring them of this. Actual implementation m 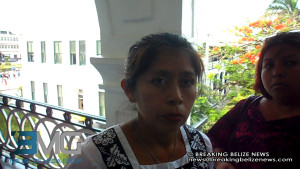 ust be done with the consent of the Maya and with understanding for the rights of others living in the villages, particularly those of non-Maya descent who have been worried about being lost in Maya control.

Senior Maya leader Froyla Tzalam is the executive director of the Sarstoon Temash Institute for Indigenous Management (SATIIM) which has taken a lead role in fighting for the rights of all Maya. She says the judgment represents vindication of the Maya’s longstanding position on the use and enjoyment of their village lands. But the hard work is just beginning. 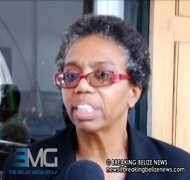 y the village of Golden Stream in northern Toledo for the specific incident that precipitated this case, the 2008 destruction of $61,000 worth of crops on farmland disputed by Alfonso Cal and the late Francis Johnston from nearby Big Falls.

Johnston, who bulldozed crops on land held by Maya individuals but also on which he was planting, said in his court affidavit that he held a lease previously held by his brother-in-law, Salvador Bochub, for the property which had been in existence since 1970, while Cal has no papers and came to the area only in 1991. 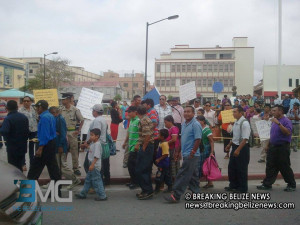 oned Senior Counsel Antoinette Moore, representing the MLA and Maya leaders, on why there was no direct challenge to Johnston’s claim on the property, represented by a lease that could not be produced in court when Johnston was an interested party in the case at Supreme Court. Barrow says GOB will not pay for Johnston’s actions, as there was ample opportunity to file a court claim for trespass and have the matter settled.

But the villages are claiming a total of $250,000 in special or pecuniary damages for actions by the Government that undermined their possession of village lands including repeated granting of leases, oil and logging concessions and other decisions, including a walking back of a 2008 directive to not proceed with any action on alleged Maya territory. Tzalam told us this is important to them as a means of reconciling with the Government and the people after years of abuse and neglect because of Government’s frequent flip-flops on the issue.

The decision on this part of the case has been reserved. Both supporters and opponents were out in numbers at Battlefield Park, the latter holding signs asking for their individual land titles and otherwise putting down the participants in favour of communal property.

And in related news, U.S. Capital Energy continues to seek petroleum in the Sarstoon Temash National Park near Sunday Wood village in Toledo, but will the Maya’s success this week affect their efforts to find the black gold? Today in court Senior Counsel Antoinette Moore said the case is now under appeal to the Court of Appeal after attempts at mediation ordered in the Supreme Court were not successful. SATIIM executive director Froyla Tzalam says the matter was at “standstill” in the Supreme Court and they hope to have a fresh start with the basis of today’s decision.

Senior Counsel Denys Barrow told us later on that U.S. Capital’s permit is legal – found so by the courts – and not affected by the outcome of this case and they intend to challenge SATIIM at a higher level.

No date has been set for the SATIIM hearing.