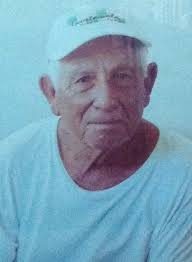 Tuesday, June 30, 2015. BMG: The family of eighty year old San Pedro businessman, Leovijildo Varela is today coming to grips with the reality that they may not locate their loved one who was lost at sea last week Thursday. Reports are that Varela was thrown off of a tugboat which was pulling a barge transporting butane trucks from San Pedro to Belize City Port on June 25th, 2015.

The incident occurred during the downpours and heavy winds that occurred on Thursday night which caused the men to shift course as they headed towards the Belize City pier of the Belize Port Authority.

A decision was made by the crew to remove the barge from the tugboat that ended in a collision in which Varela was thrown overboard. Coast guard personnel along with other search parties have been searching the area where the incident occurred in search of Varela but have come up empty handed.

Authorities have suspended their searches and this weekend, the family will be holding a mass in his memory.