Belize ~ A Post Election View From Under The Bus, Part II

Wednesday, July 29th, 2015. Aaron Humes Reporting: The woes of prison inmate 22 year old Kevin Bodden, already serving a three-year prison term for a conviction for grievous harm, increased when he learned he would get an additional year for possession of a controlled drug. 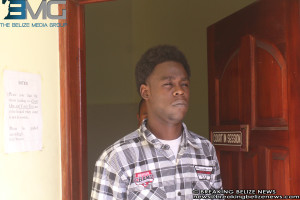 Bodden was promptly arrested, charged and pleaded guilty to the possession of 40 grams of marijuana while in court before Chief Magistrate Ann-Marie Smith. A police officer witnessed Bodden putting something away in the left back pocket of his pants and quickly interceded.

Upon checking it turned out to be cannabis. Bodden said he was given the drug by someone whom he refused to name.

The 12-month sentence is consecutive to Bodden’s three year sentence handed down in the Supreme Court in October of 2014 by Justice Troadio Gonzalez after Bodden was found guilty of grievous harm against a police constable whom he and another man shot at while at the corner of Partridge and Morning Glory Streets in September of 2012.

Police had been responding to a report of shots fired in the area and encountered two culprits who tried to run.

Bodden is also remanded on separate robbery charges for an attack on a Chinese store foiled by the GSU and at A&R store on the Philip Goldson Highway both in 2014.