Alleged killer accuses ‘Monchie’ of ordering hit on his own father 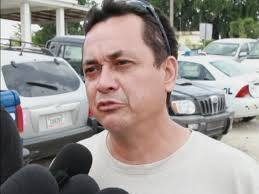 Thursday, October 22nd, 2015. BMG: Yesterday morning flanked by the family attorney Marcel Cardona, Ramon Cervantes Jr. along with his mother, Vilma Cervantes, appeared at the orange Walk Magistrates court for the first preliminary inquiry since the three men were charged and remanded to prison. 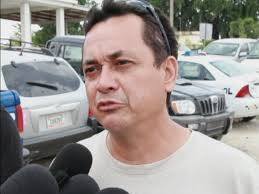 Readers may recall that in July of 2014, the accused men – 22-year-old Guatemalan national Noe Daniel Gonzalez, 28-year-old Mateo Pott, a Belizean mason of Trial Farm in the Orange Walk District, and 19-year-old Angel Antonio Cardenas, a Belizean construction worker, also of Trial Farm – were escorted to court under heavy police guard and read joint charges of murder, keeping a firearm without a gun license (for a 12-gauge pump action shotgun with an unknown serial number), and keeping unlicensed ammunition (for five 12-gauge cartridges that were allegedly found in their possession).

The preliminary inquiry was for a committal on solely the murder charge where the court would present witnesses that will be testifying in the Supreme Court in January. While there were over 45 witnesses; documentary evidence, including photos from the scene, as well as opening and caution statements were also disclosed to the presiding Magistrate Murlene Moody. After all the formalities, Magistrate Moody informed the accused men that they would have to remain in custody until January for that hearing.

Then in a dramatic and sensational turn of events, one of the accused men, Gonzalez, asked to address the stand, which was approved by the magistrate. He declared that while the case has gone over a year, the person “responsible for the murder of Ramon Cervantes Sr is sitting in this court.”

The magistrate then said, “Can you point that person out?” and Gonzalez then proceeded to point a finger at Ramon Cervantes Jr, suggesting that he orchestrated his own father’s death. After that accusation was made, the magistrate dismissed those gathered from inside the court. That damning allegation, we are told, was recorded but dismissed by the magistrate citing that the allegation should have been made in his initial recorded statements to the police.

Outside the courts, Cervanates Jr. dismissed the notion, stating that his political opponent has influences in high and low places and strongly believed that he influenced the men to state that he was to blame. An hour later, Court was dismissed and will now move to the Northern Sessions of the Supreme Court in January.

The men were remanded to Prison until then.