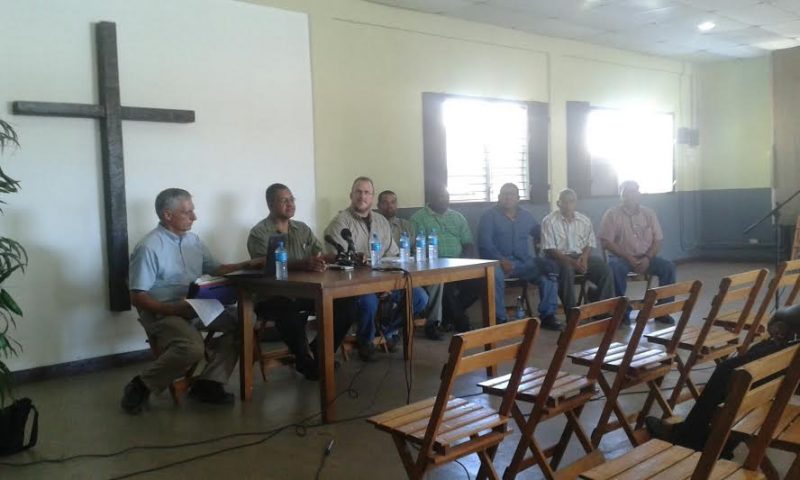 (NEAB) spoke to the press concerning the schism with the Belize Association of Evangelical Churches (BAEC).

The new Association still wants to reconcile with the BAEC, which has been reduced to a group of 13 pastors and evangelists led by Howell Longsworth after the NEAB members were suspended for requesting a meeting with the BAEC concerning the new Constitution.

But the NEAB says it will go its own way if necessary, after being denied a meeting and arbitration over the last three

The primary issues have to do with the expansion of the association throughout the country; more than 240 churches with thousands of members are now part of the NEAB, and the problems of representation with a council based mostly in Belize City.

Because politicians “speak the language of numbers”, the NEAB hopes to capture Government’s attention and that of appointed Senator Ashley Rocke concerning outstanding issues including the Revised National Gender Policy and social issues including LGBT rights.