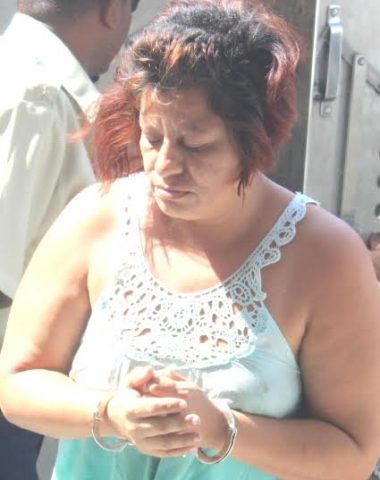 By Aaron Humes: A Sandhill woman pleaded guilty to wounding her own father with an axe. Lily Ozaeta admitted to chopping her 84 year old father, Nicholas Ozaeta in the head, making him unconscious and landing him in hospital. 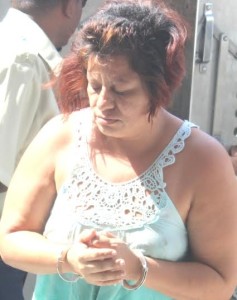 According to the police report, on Sunday, April 11, 2016, Nicholas Ozaeta reported to them that sometime between 9:00 and 9:30 a.m., he opened his house door and walked onto his veranda with a cup of coffee and sat down looking towards the highway when suddenly, he heard a loud noise and realized that he was hit in his head and that is when he fell over his veranda railing and went unconscious.

Ozaeta said when he woke up, he saw an axe lying on the ground next to him.  He said he never saw who hit him, but remembered that it was his son who picked him up and took him to the hospital.

Ozaeta suspected it was his daughter who hit him because at the time of the incident only he and his daughter Lily was at home and two years ago, Lily had choked his wife and threaten to burn down their house.

Lily Ozaeta told Magistrate Carlon Mendoza, quote, “I think everyone was taking my mother for a fool and I am the only one man enough to stand up for her.” End quote. What that means is not clear, but the village seamstress and mother of two boys is on an unnamed medication and has allegedly threatened to kill her own children.

She seemed unresponsive during the court hearing and denied being on medication or under the influence. Magistrate Mendoza elected not to hand down jail time and instead fined her $500 plus a $5.00 cost of court fine to be paid on or before July 29, 2016, in default, 6 months’ imprisonment.